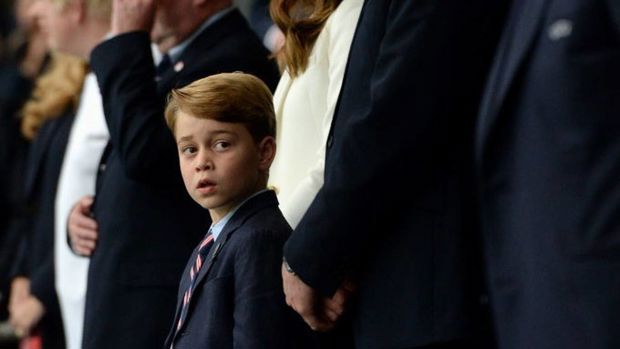 England ultimately lost to Italy during the Euro 2020 final.

But there was a spectacularly adorable moment in the opening minutes of the game that royal fans can still appreciate.

Prince George was spotted hugging his parents – the Duke and Duchess of Cambridge – moments after England scored.

The sweet moment was captured on camera and we can feel the pure joy and excitement coming off the future king.

According to reports, the young Prince begged his father Prince William, and mother Kate Middleton to attend the game.

While this was England’s first major international tournament since the 1966 World Cup, unfortunately, they did not triumph against Italy who won through a penalty shootout.

The sadness on Prince George’s face represents all of England: pic.twitter.com/zkUiHL0i3A