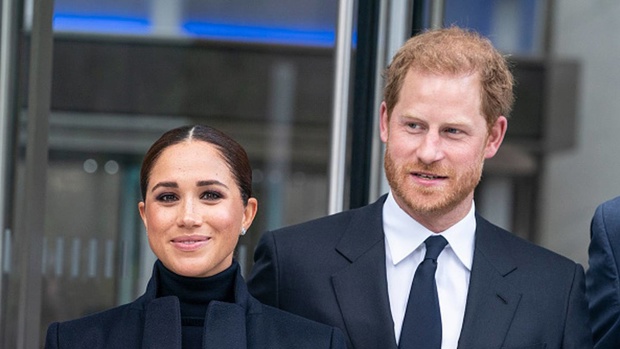 Prince Harry and Meghan Markle are at the centre of a cryptocurrency scam.

Photos of the pair and fabricated interviews have been used in online articles claiming they have backed Bitcoin-related investment schemes.

The story also uses news brand logos, including from the BBC, the Mail, the Sun, the Guardian and Good Morning Britain.

Another headline reads, "Harry and Meghan shocked everyone in the studio by revealing how they making (sic) an extra £128k (NZ$257k) every month".

The Duke and Duchess are among several celebrities being used in get-rich-quick schemes, from Bill Gates to Mark Zuckerberg, reports the UK's Financial Conduct Authority.

In one article, a supposed investor is quoted as saying: "I let the software run and my profits stacked up like pancakes. It feels incredible having money rush in this fast and hard."

Another false claim reads: "My ex-girlfriend dumped me because I was too poor. Now I'm a multi-millionaire and I have an even better girlfriend."

The BBC reported that the articles appear to be linked to a website in Eastern Europe. The website did not respond to questions from the broadcaster, and the online link now leads to a general feature about the royal family.

The duke and duchess's representatives have reportedly been alerted and approached for comment.

An FCA spokesperson told MailOnline that people should be cautious of investment ads offering high returns, even if they appear to have been endorsed by celebrities.

"You can check if a company is regulated by us on the Financial Services register. If it isn't, you are very unlikely to have any protection if things go wrong.

"Where potential scam activity takes place outside of our remit, we will involve other law enforcement agencies who may be able to take further action.

"We have continued to call on the government to include financial content within the Online Safety Bill."

UK Citizens Advice director of policy Matthew Upton said the consequences of these scams could be "devastating".

"These schemes are becoming ever-more sophisticated and can leave people feeling incredibly vulnerable and isolated – to the point where they can't even tell their family and friends what has happened," he told the BBC.