Prince Harry and his wife Meghan will not be using the word "Royal" for their new venture, but a less visible part of their statement has stunned royal watchers.

A spokesperson for the Duke and Duchess of Sussex said that given the specific UK government rules surrounding the use of the word "Royal," the couple agreed that their new non-profit organisation will not be named Sussex Royal Foundation.

"The Duke and Duchess of Sussex do not intend to use 'Sussex Royal' in any territory post-spring 2020," the spokesperson said.

In another statement on Saturday, the couple added: "We had hoped to be allowed to share these details with you sooner (to mitigate any confusion and subsequent misreporting), but the facts below should help provide some clarification around this transition and the steps for the future."

"While there is not any jurisdiction by The Monarchy or Cabinet Office over the use of the word 'Royal' overseas, The Duke and Duchess of Sussex do not intend to use 'Sussex Royal' or any iteration of the word 'Royal' in any territory," the statement added. 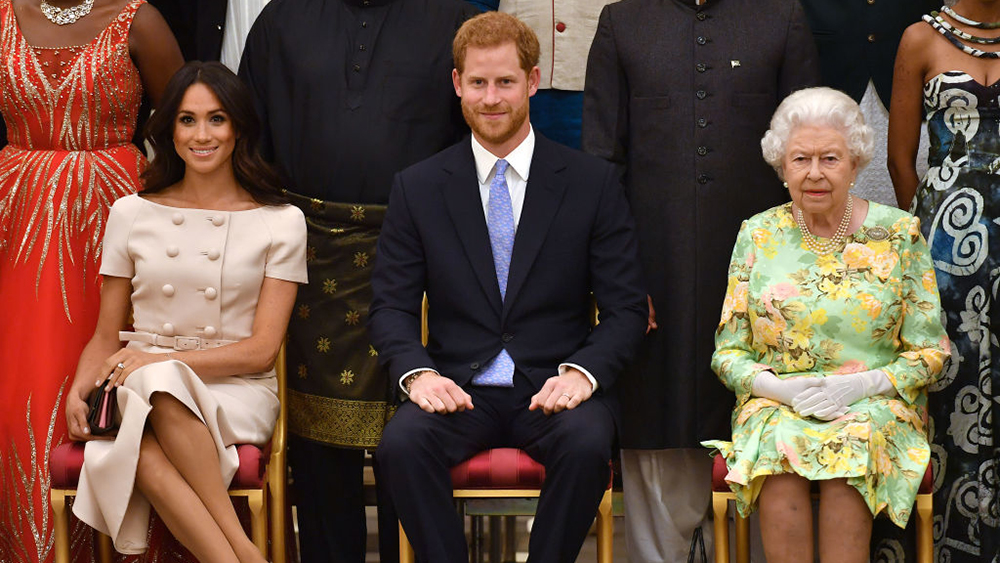 The clarification has raised eyebrows amongst royal commentators. Marie Claire's Kayleigh Roberts wrote: "In their technically-polite but definitely-passive-aggressive statement, the Sussexes boldly made a point of noting that the Queen doesn't actually have any authority to stop them from using the word royal".

While The Daily Telegraph's Camilla Tominey said that: "The couple's markedly pointed reaction to being stripped of their royal status smacks of that infamous celebrity catchphrase: 'Don't you know who I am?'"

The Daily Mail described it as "sour-sounding" and an "extraordinary statement".

Harry and Meghan surprised the world last month when they announced plans to step back from their duties in the British royal family and "transition into a new working model." At the same time, it emerged that couple had applied for a UK trademark for the term "Sussex Royal," covering hundreds of items under the categories of printed matter, clothing, campaigning, charitable fundraising, education and social care services.

However, earlier last week, a royal source told CNN that the use of the word "Royal" was being reviewed.

Prince Harry and Meghan already agreed to stop using the titles His and Her Royal Highness, eschew some state funding and return the Sovereign Grant funds they spent to renovate their official residence.

Harry and Meghan left for Canada with their son Archie after the royal exit announcement.

The couple will return to the UK later this month to carry out their final official engagements before they step down as senior members of the royal family.

On Wednesday, it was announced that Harry and Meghan's office at Buckingham Palace would officially close and the couple would begin a 12-month transition period from March 31.