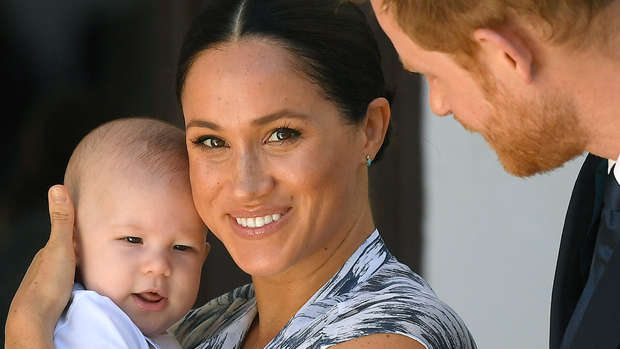 Duchess Meghan and Prince Harry are enjoying their family time together.

The couple - who have 13-month-old son Archie Harrison Mountbatten-Windsor - stepped back as senior royals earlier this year and have been enjoying spending time together as a trio in Los Angeles.

Royal expert Katie Nicholl told Entertainment Tonight: "I think he is just about walking. He's a very happy little boy, he's loving life in L.A. and they are still staying at Tyler Perry's house. I'm told they haven't found their forever home yet, they're still looking. They really do love that family time and they've had a lot of that recently. They both feel very grateful for that time they've had at home with Archie, watching him achieve all of those milestones." Meanwhile, the Duke and Duchess of Sussex are said to be "in no hurry" to launch their new non-profit organisation.

The couple previously shut down their joint Sussex Royal charity foundation when they stepped back as senior members of the royal family earlier this year, and have instead been focusing their efforts on launching a new organisation named Archewell, in honour of their son Archie.

A source told BAZAAR: "Paperwork has been filed with Companies House and the Charity Commission to formally close the charity Sussex Royal down. The charity formally enters a period of 'solvent liquidation'.

"During this period all Trustees will step down from their roles, except for The Duke of Sussex who will formally remain as a Director and Trustee until the liquidation process is complete. The Duke and Duchess remain incredibly grateful for the support and guidance the Trustees have given during this period. The sole program in operation and development at the charity has been the sustainable travel and tourism initiative, Travalyst. Travalyst is now operating as an independent nonprofit based in the UK, and all assets from Sussex Royal will transfer over."

However, sources have said they won’t be "pressured into launching" the charity before it is ready, as it's currently still “in the relatively early stages of development”.

An insider said: "They are in no hurry to launch Archewell, they want to get it right, that’s really important to them. This is something that they want to do for the rest of their lives so they’re not going to be pressured into launching something that’s still in the relatively early stages of development."
Harry and Meghan are believed to be putting all their energy into Archewell, with all their current charitable projects feeding into the foundation, despite it not being launched yet.

The couple said: "Like you, our focus is on supporting efforts to tackle the global Covid-19 pandemic but faced with this information coming to light, we felt compelled to share the story of how this came to be. Before SussexRoyal, came the idea of 'Arche' - the Greek word meaning 'source of action'.

"We connected to this concept for the charitable organisation we hoped to build one day, and it became the inspiration for our son’s name. To do something of meaning, to do something that matters. Archewell is a name that combines an ancient word for strength and action, and another that evokes the deep resources we each must draw upon. We look forward to launching Archewell when the time is right."