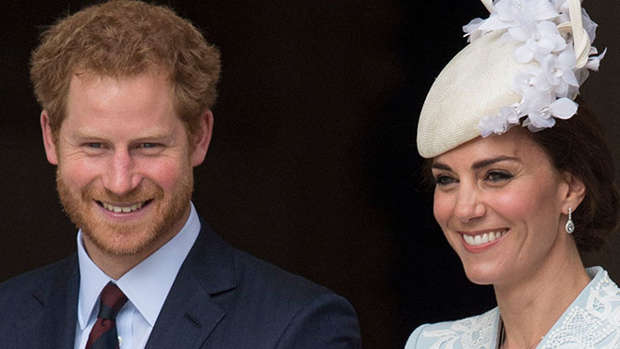 The 32-year-old royal admitted he couldn't be more pleased that his brother Prince William is to be a father for the third time following an official announcement earlier on Monday (04.09.17) morning.

Harry was meeting with victims of the Manchester terrorist attack - which saw a bomb detonated at an Ariana Grande concert in May - when he was asked about the news.

He told reporters: "[It's] fantastic, great. Very, very happy for them."

While Kensington Palace revealed Catherine is once again suffering from Hyperemesis Gravidarum - an extreme form of acute morning sickness, which she experienced while carrying Prince George, now four, and Princess Charlotte, two - when they announced her pregnancy, Harry reassured well-wishers she is doing "OK".

The arrival of the royal baby will see Harry bumped to sixth in line to the throne, behind his father Prince Charles, brother William and his sibling's brood.

The couple's pregnancy news was released in a statement earlier on Monday, when it was revealed Catherine's condition meant she'd had to pull out of on official engagement scheduled for later in the day.

"As with her previous two pregnancies, The Duchess is suffering from Hyperemesis Gravidarum. Her Royal Highness will no longer carry out her planned engagement at the Hornsey Road Children's Centre in London today.

"The Duchess is being cared for at Kensington Palace."