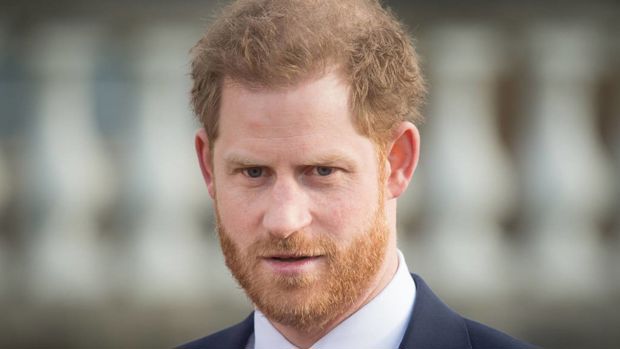 Prince Harry has been spotted at London’s Heathrow Airport after returning home to attend the funeral of his grandfather Prince Philip who passed away late last week.

The Duke of Sussex was seen leaving LA in the early hours – leaving behind his heavily pregnant wife Meghan Markle and their son Archie. He then disembarked in London 10 hours later from a British Airways plane donning a black face mask.

He was then reportedly escorted to Kensington Palace in a black Range Rover.

Harry is set to reunite with his royal sibling Prince William for the first time since relocating to the US after the couple stepped down as senior royals last year to commemorate the life of The Duke of Edinburgh, who died at the age of 99 on Friday, April 9.

Prince William and Prince Harry will walk behind Prince Philip's coffin at his funeral service. William and Harry are expected to stand "shoulder to shoulder" at the Windsor Castle service this Saturday, April 17, although Meghan - who is pregnant with her and Harry's second child - will not be attending following medical advice.

The Royal Family is hopeful that the pair will be able to put aside their reported rift as they honour Prince Philip, who was said to have been "dismayed" by the apparent breakdown of the relationship between the brothers towards the end of his life.

Royal insiders said, "he urged them both to put to rest their differences and be mindful of their duty to the Queen and the country".

William and Harry will also come face-to-face for the first time since the tell-all interview he and Meghan gave to chat show host Oprah Winfrey last month. During the conversation, Harry claimed that both William and his father Prince Charles, were "trapped" by their responsibilities to the monarchy, although a friend close to The Duke of Cambridge claimed that Harry's comments were "way off the mark" as William, 38, takes a similar approach to Queen Elizabeth II in terms of service to the Royal Family.

"He had a path set for him and he's completely accepting of his role.

"He is very much his grandmother's grandson in that respect of duty and service."