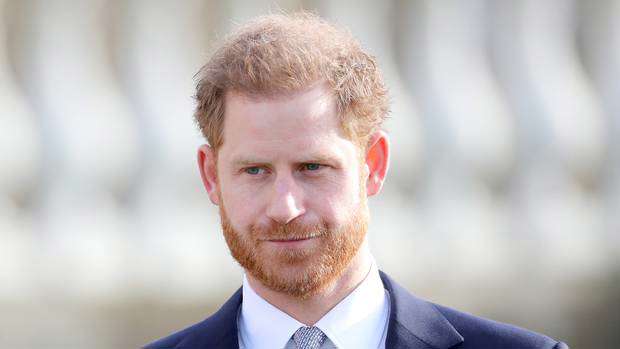 Prince Harry is said to have visited a London hair loss clinic last year to combat his growing bald patch.

The 35-year-old Duke of Sussex had hair thickening treatment at the Philip Kingsley Trichological Clinic in Mayfair, according to The Sun.

Like his brother, William, and father, Charles, Harry has been struggling with thinning hair in recent years.

One expert claims that his bald patch had almost doubled since his wedding in 2018.

The Sun claims Harry visited the clinic, which has served royalty, actors, athletes and models, near the end of last year and has seen his hair improve since then.

It's also thought that Meghan visited the clinic before the wedding to make sure her hair was looking its best for the big day.

One source said that Harry's visit to the clinic "caused a real stir".

"This company is so prestigious. It's one of the best places in the world. It's got a whole range of different treatment plans.

"The richest, most famous and well-connected use it. The meeting with Harry went well."

In 2019, transplant surgeon Dr Asim Shahmalak claimed that Harry's hair thinning had increased significantly as the Duke had to balance his royal duties with life as a father.

He also said that Harry could have been under pressure from Meghan to sort out his hair loss.

"She was a Hollywood actress in her former career so she knows very well the value of looking good.

"A lot of my clients come due to subtle pressure applied by their partners who would rather not be dating a bald man."

He said Harry's baldness was slowly taking off, but now he was catching up to his brother William.

"He is losing his hair at the same sort of rate that Prince William lost his in his 20s. The baldness gene in the Windsor family is extremely aggressive.

"It started with Prince Philip and has now been passed down to Prince Charles and on to his sons Prince William and Prince Harry. Let's hope baby Archie doesn't get it, too!

"Around 30 per cent of men have experienced some form of hair loss by Harry's age - so his case is not unusual, particularly when you have a baldness gene running in the family."

Prince William began losing his hair in his 20s, famously shaving his head in January last year to hide the worst impact of his hair loss.