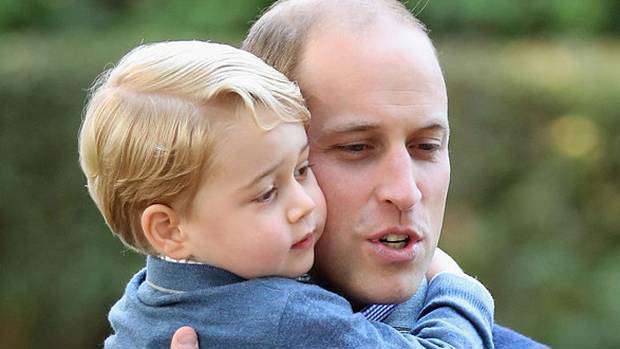 Prince William's emotions surrounding the death of Princess Diana came back in "leaps and bounds" when he became a father.

The Duke of Cambridge - who has Prince George, six, Princess Charlotte, five, and Prince Louis, two, with his wife, the Duchess of Cambridge - admits fatherhood was the "biggest life-changing moment" for him, and caused all his trauma after his mother's passing in 1997 to come flooding back.

HRH The Duke of Cambridge chats to former Premier League footballer Marvin Sordell, who opens up about his struggles with depression.⁣ ⁣ Football, Prince William and Our Mental Health | BBC One | Thursday, 8.05pm

He admitted: "Having children is the biggest life-changing moment, it really is. And I agree with you, I think when you've been through something traumatic in life - and that is like you say your dad not being around, my mother dying when I was younger - your emotions come back in leaps and bounds because it's a very different phase of life. And there's no one there to, kind of, help you, and I definitely found it very, at times, overwhelming."

And the 37-year-old royal admits parenting is "one of the scariest" things.

Speaking to ex-soccer star Marvin Sordell for the Football, Prince William And Our Mental Health documentary, he added: "Parenthood is one of the most amazing moments of life but it's also one of the scariest."

On how he had coped, he added: "Me and Catherine particularly, we support each other and we go through those moments together and we kind of evolve and learn together...

"Emotionally, things come out of the blue that you don't ever expect or that maybe you think you've dealt with.

"I can relate to what you're saying about children coming along. It's one of the most amazing moments of life, but it's also one of the scariest."

Meanwhile, Prince William previously opened up about his own grief, admitting he would never forget the "shock, sadness and pain". He said: "I have had reasons myself to reflect on grief and sudden pain and loss in my own life. And in my role, I have often seen up close the sorrow of others in moments of tragedy, as I have today. What I have realised is that of course grief can change your outlook. You don’t ever forget the shock, the sadness, and the pain. But I do not believe that grief changes who you are. Grief - if you let it - will reveal who you are.

"It can reveal depths that you did not know you had. The startling weight of grief can burst any bubble of complacency in how you live your life, and help you to live up to the values you espouse."