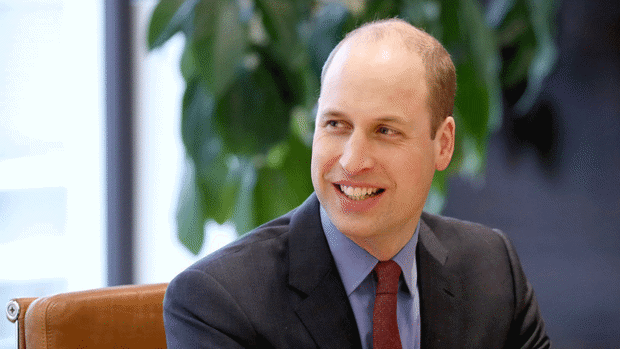 Prince William has been named the world's sexiest bald man according to a new study, despite the fact Dwayne "The Rock" Johnson is out there, living and breathing.

Cosmetic surgery company Longevita looked into how many times the prince had been called "sexy" on the internet, versus a number of other bald people.

According to the results, Prince William has been called "sexy" 17.6 million times, which they concluded means he is the sexiest of all bald men.

The Rock, Bruce Willis, John Travolta, Floyd Mayweather and Vin Diesel made up the remaining spots in the top 10.

Social media users have spoken up against the study results, claiming there is no way the monarch beat the likes of people such as Criminal Minds star Shemar Moore.

Someone explain to me how Prince William is the hottest bald man alive when Shemar Moore and Stanley Tucci exist? pic.twitter.com/hdWHHe5EYb

How dare we all watch Stanley Tucci make cocktails for the last year and not name him sexiest bald man pic.twitter.com/IPDZJI48V4

are alive he's not. https://t.co/m9mdzqQOiC

Some Twitter users wonder whether it was a matter of the royal PR machine at work.

The devil works hard but the Royal PR machine works harder - cause how is Prince William the sexiest bald man pic.twitter.com/YWHZefkvrO

Others drew attention to the fact (yes, fact) that Prince William isn't even the sexiest bald man in his own family.

Prince William is not even the sexiest bald man member of the royal family! pic.twitter.com/jtxQ4z7Lor

Stanley Tucci himself appeared to make a subtle remark about the survey results on his Instagram account this morning:

Judging by the reaction on social media, it's best if Prince William doesn't get too used to this new crown, as a follow-up study is likely to end up with different results.