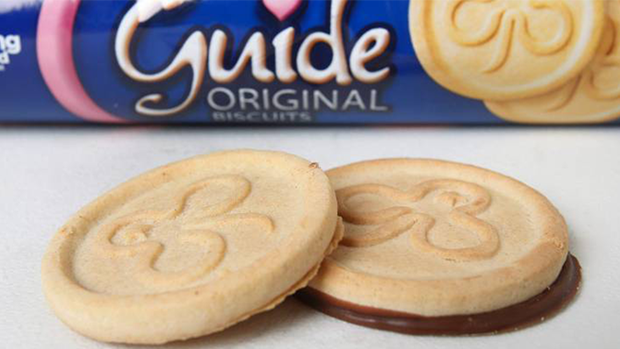 Your biscuit dreams have crumb true New Zealand, Girl Guide biscuits are back and in two flavours: original and choc.

The famous biscuits can be snapped up at Countdown, SuperValue, and FreshChoice stores nationwide, while stocks last.

GirlGuiding New Zealand announced in March last year the biscuits would no longer go on sale at stalls throughout the country.

After being sold for more than 60 years, the Kiwi icon appeared to be gone forever.

However, they returned in October on supermarket shelves around the country, with Countdown stepping up to the plate again.

One packet will cost $3.50 and $1 from each pack sold goes directly to GirlGuide NZ.

Last year, $130,000 was raised in a quarter of the time it would normally take, GirlGuide NZ chief executive Susan Coleman says.

"This year we've nearly tripled how many we have available as they are so popular with our customers," she says.

"It's an easy way to help the important work of GirlGuiding NZ, but a delicious treat as well."

Griffin's is also supporting the cause for the second year in a row and managing director Dan Gilbert says they are proud to lend a hand.

The Girl Guides national board announced in 2018 it planned to stop selling the biscuits so they could focus on its core purpose and programmes.

For more info, head over to www.guidebiscuits.org.nz