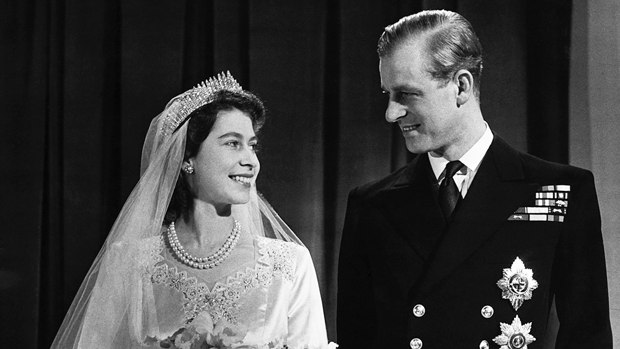 The Queen and Prince Philip celebrate their 73rd wedding today!

To mark their time together, the royal couple shared a stunning new photo of them sitting together reading cards.

"This new image has been released to mark the 73rd wedding anniversary of The Queen and The Duke of Edinburgh," the post on Instagram read alongside the photo.

"In the photograph Her Majesty and His Royal Highness are seen looking at an anniversary card made by Prince George, Princess Charlotte and Prince Louis, alongside other cards and letters sent by well-wishers.

"The photograph was taken by Chris Jackson in the Oak Room at Windsor Castle earlier this week."

Last month it was revealed that while it has been seven decades since they got married, they have managed to keep one closely guarded secret, according to the Daily Mail.

Just like Meghan's and Kate's, the Queen's wedding ring is made from Welsh gold.

What sets it apart is that it's engraved with a secret message chosen by Philip in 1947 -and even those closest to the monarch don't know what it says.

Royal author Ingrid Seward writes in her new book Prince Philip: A Portrait of the Duke of Edinburgh that "Philip didn't have the expense of a wedding ring, as the people of Wales supplied a nugget of Welsh gold from which the ring was made".

"She never takes it off and inside the ring is an inscription.

"No one knows what it says, other than the engraver, the Queen and her husband."

Philip also had her engagement ring made from a tiara that belonged to his mother, Princess Alice of Battenberg. 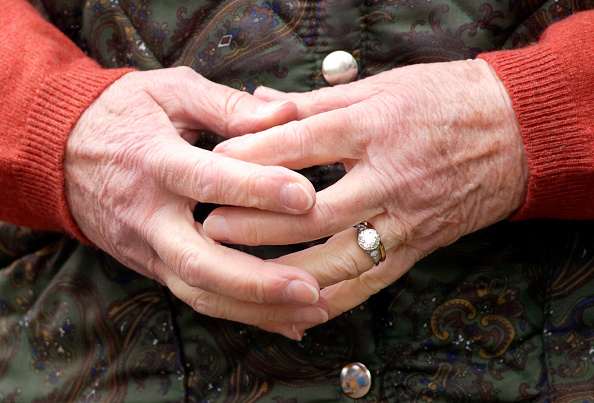 Before he proposed, Philip had the tiara taken apart, and the diamonds repurposed to make a ring for his bride-to-be.

He then designed the three-carat solitaire with five smaller diamonds.

The royals married on November 20, 1947 at Westminster Abbey, with more than 200 million people watching the service on TV from around the world and 2000 guests attending.

The Queen and Prince Philip recently returned from Balmoral. They spent six weeks at their Aberdeenshire home but are now spending some private talk in Norfolk at their Sandringham estate.