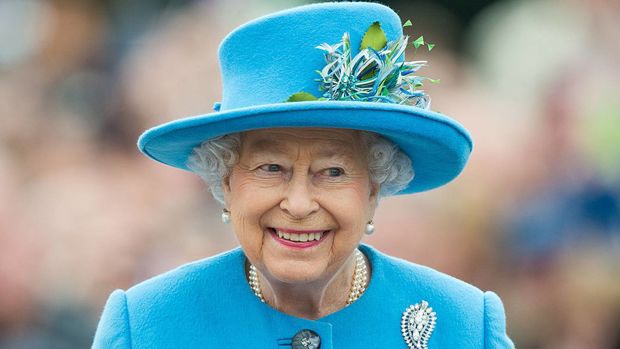 Queen Elizabeth has reportedly invited Prince Harry for lunch at Windsor Castle when he’s back in the UK next month.

The Duke of Sussex will be returning to Britain for the unveiling of a statue in honour of his late mother Princess Diana on July 1 and his grandmother the queen wants to reconnect with Harry following his move to California and his stepping down from senior royal duties.

Since his move Stateside with his wife Meghan, Duchess of Sussex the couple criticised their treatment within the British royal family after Meghan married Harry in May 2018 during a tell-all interview with Oprah Winfrey.

The 36-year-old former army captain - whose father is the queen's son and heir to the throne Prince Charles - also opened up on his mental health struggles growing up as a royal in the wake of his mother Diana's death in 1997 when he was just 12 and the effect that momentous moment had on the rest of his life in Apple TV+ docuseries 'The Me you Can't See'.

According to the Richard Eden column in the Daily Mail newspaper, a source said: "It’s a typically magnanimous gesture by Her Majesty. The lunch will be a chance for them to talk things through.”

The queen's invitation was made before the birth of Harry and Meghan's daughter Lilibet Mountbatten-Windsor on June 4.

The moniker chose by the couple is actually Queen Elizabeth's nickname, whilst the baby's middle name is Diana.

A statement released on their Archewell website read: "Lili is named after her great-grandmother, Her Majesty The Queen, whose family nickname is Lilibet. Her middle name, Diana, was chosen to honour her beloved late grandmother, The Princess of Wales."

Prince Harry reportedly had a conversation with the British monarch about naming his future daughter after her, following Harry and his wife, the Duchess of Sussex's decision to call their baby, Lilibet Diana.

However, whilst Harry was keen to honour his late mother with the name choice, he didn't want to call the baby Diana because he knew it would bring "attention" to his baby.

A source said: "Harry has never made a secret of his wish to have a family of his own, often talking about how it would be great to have a boy and a girl, that he could name after the two most important women in his life, the Queen and his mother. He had toyed with the idea of giving a future daughter his mother’s name, but was wary of the attention it would no doubt bring to the little girl. In the end, he mentioned Lilibet to Meghan, when discussing potential names for their children and she loved the idea. It’s a fitting tribute to the Queen and something many people will hope brings the family closer together."

Harry has always been close to his grandmother and wanted to show the "bond" between them.

A royal source told the Daily Mirror newspaper about Harry's close bond with his grandmother: "Harry has always enjoyed a wonderful bond with his grandmother, which makes it all the more bizarre that he has gone out of his way to threaten the relationship over the last couple of years. They have been incredibly close and as you would imagine have shared some very deep and personal conversations as Harry was growing up, which carried on really until very recently."

After announcing the birth of their daughter Buckingham Palace confirmed the queen, Prince Charles and his wife Camilla, Duchess of Cornwall, as well his brother Prince William and his wife the Duchess of Cambridge were all "delighted" with the news.

The palace said in a statement: "The Queen, the Prince of Wales and the Duchess of Cornwall, and the Duke and Duchess of Cambridge have been informed and are delighted with the news."

Congratulations to Harry, Meghan and Archie on the arrival of baby Lilibet Diana 🎊

Wishing them all well at this special time. pic.twitter.com/ucJZIm2kqH

— The Prince of Wales and The Duchess of Cornwall (@ClarenceHouse) June 6, 2021

While the Prince of Wales tweeted separately: "Congratulations to Harry, Meghan and Archie on the arrival of baby Lilibet Diana. Wishing them all well at this special time."

The Queen has also reportedly been introduced to her namesake via video call according to People magazine.

It's not yet known when Lili will meet her great-grandmother and the rest of the royal family in person, but the couple may choose to spend Christmas in Sandringham depending on Covid-19 restrictions.

They are also likely to travel home in June 2022 for the Queen's Platinum Jubilee celebrations, marking 70 years of her reign. But before then, Harry will travel to London on July 1 for the unveiling of a statue in honour of his mother Diana.