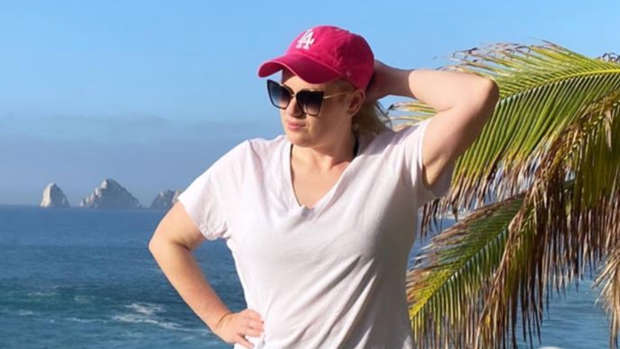 Rebel Wilson has admitted "nothing is forbidden" in her weight loss journey.

The Pitch Perfect actress has lost around 40 pounds (18kg) this year after putting a renewed focus on her health, but she acknowledged that she sometimes cheats on her meal plan and "some weeks are just write-offs".

She told PEOPLE: "It doesn’t mean every week is a healthy week. Some weeks are just write offs, and there’s nothing you can do about that...

"I’m just trying to go for overall balance, overall healthy balance. I have this state of being, which is not my quote, but I go 'Nothing is forbidden'.

"I can go there, I just might eat half of what I used to eat before. You know? And I’ll have a burger, and a few fries, and then you feel fine.”

The 40-year-old star has credited the coronavirus pandemic with helping her change her eating habits.

She added: I definitely think with the slow down, it did help.

"I think I was emotional eating, and overeating at times, because I wasn’t loving myself enough either. And it does come down to that self worth and self love.”

When it comes to her diet, Rebel has switched to move of a "high-protein" intake, which she found tough.

She explained: “Before I was probably eating 3,000 calories most days, and because they were normally carbs, I would still be hungry.

“So, I’ve really changed to eating a high-protein diet, which is challenging because I didn’t used to eat a lot of meat. I eat fish, salmon, and chicken breast.”

Although Rebel still wants to shed a few more pounds before she reaches her goal weight, and says she doesn’t want to be “too skinny” because she “loves her curves”.

She previously said: "I love my curves and stuff, I don't think I'll ever go too skinny but I feel so much healthier.

"And I don't know whether it's a thing with ladies when you turn 40, I feel like I really have come into my own now and not just with health but with my career."

Rebel even feels “more in control” of her career now that she’s happier with her body.

She added: “I feel more in control and I get to produce movies now which is amazing and kind of have more control of the content."