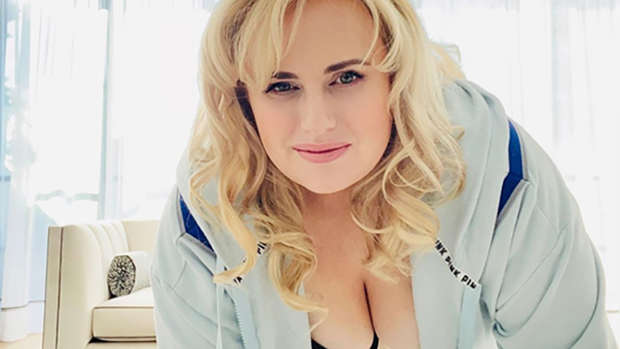 Rebel Wilson has revealed she was paid to stay a larger size by film bosses.

The Australian actress told The Sun that due to being one of the only plus-size actresses in Hollywood, she was paid more to retain extra weight.

"I had a job where I was paid a lot of money to be bigger, at times which kind of can mess with your head a bit," the Australian actress told The Sun.

Wilson has previously spoken about how her American acting agency snapped her up because they had "no one that looked like her" on their books.

After she was signed to the agency she scored the role as "Fat Amy" in Pitch Perfect, which catapulted her to fame.

The Bridesmaids star has spoken publicly about her health goals for 2020 recently, revealing she's working to get to a goal weight of 75kg.

Earlier this year she wrote on Instagram: "OK so for me 2020 is going to be called 'The Year of Health'.

"So I put on the athleisure and went out for a walk, deliberately hydrating on the couch right now and trying to avoid the sugar and junk food, which is going to be hard after the holidays I've just had but I'm going to do it! Who's with me in making some positive changes this year?"

In an interview with E!, her trainer Jono Castano explained he had created a specific program for Wilson covering six days.

He said he encourages his clients to work out daily for 45-minute sessions, noting "results come through consistency".

His personalised program for the star included high-intensity interval training, mobility, weights, resistance, technique and tempo. Wilson has one day off a week to rest her body.

Even if you have to crawl towards your goals, keep going x it will be worth it. Try and give a little bit of effort each day...I know some days are frustrating as hell, you feel like giving up, you get annoyed at the lack of progress...but good things are coming your way 🤘what are your goals this year? I’ll be honest with you guys - with my “Year of Health” mission I’m trying to get to 75kg’s and career wise am trying to get one of my movies into production before the end of the year! Both of these things are requiring a daily effort and there’s constant set backs - but I’m working hard x

"I've been doing a lot of working out, which was hard with the coronavirus restrictions because I had to go out to the park and just lie on the dirt doing my sit-ups," she said.

"Now it's getting cold in the mornings so I'm glad the gyms are reopening."

Wilson will next be seen hosting LOL: Last One Laughing, a" comedy social experiment" set to premiere on Amazon Prime Video on June 19.