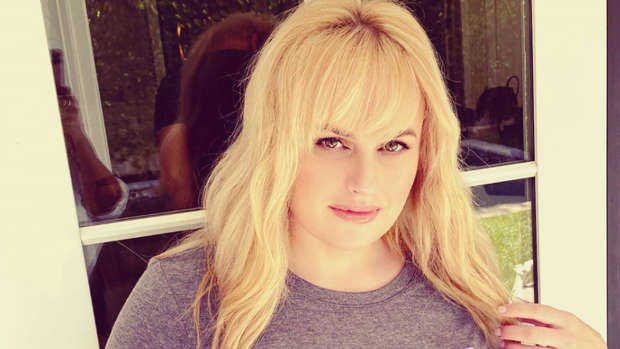 The Pitch Perfect actress is believed to have struck up a romance with the entrepreneur - whose family founded the Anheuser-Busch brewing company in 1852 - and the pair are even said to be helping one another in their "health journeys" as they are both striving to lose weight. A source told People magazine: "They are officially boyfriend and girlfriend. He's a gentleman, has very old school manners and treats her well. He is also very health conscious and they’ve been motivating each other with their health journeys."

Quick Helen, get to the chopper! #TeamMonaco

The couple also made their red carpet debut as they’re set to attend Prince Albert's Planetary Health Gala in Monaco.

The insider added: "Now she’s making it official by making her red carpet debut with him at the Planetary Health Gala in Monaco and attending a private dinner with Prince Albert hosted by Isabelle Bscher and Galerie Gmurzynska." Meanwhile, Rebel recently said men often get "intimidated" by her because of her comedic career, so the 40-year-old actress is no doubt thrilled she’s found love with Jacob.

She said in June: "I feel like I'm the nicest, most down-to-earth person. But you can see it in their eyes, they get very intimidated. And I don't know why. Do they think I'm gonna make a joke about them at the BAFTAs or something? I don't know.

"I think the psychology behind it is that comedy is power. If you've got the ability to make people laugh, you have an inherent sense of power with that. And sometimes men feel uncomfortable with women having that. But of course, women have always been funny and talented. Maybe that's scary."

And Rebel said funny men are "never interested" in her, something which she finds really bizarre. She added: "I've come across a weird thing romantically. I've often been interested in funny men, but funny men are never interested, romantically, in funny women. Never."And I don't quite understand, because people always say they value a sense of humour in a person, but yet when a woman is funny."