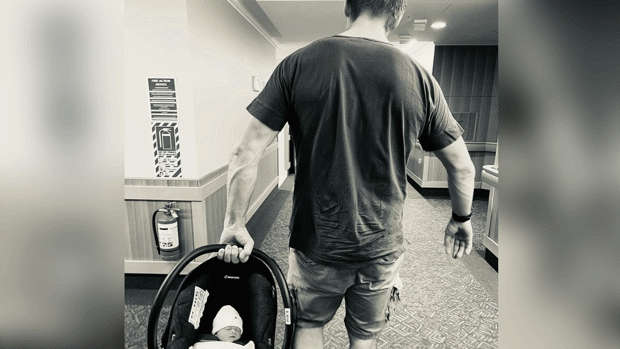 Former All Black Richie McCaw and Black Stick Gemma McCaw have announced the birth of their second child.

In a Facebook post announcing her arrival, Richie said: "Mum and baby are doing well and Charlotte is excited to have a new sister."

Baby Grace is the couple's second child. They already have daughter Charlotte, who turned two in December.

The couple announced they were expecting another child in January, with many of their followers swooping to congratulate them, including Coast breakfast show host Toni Street: "Woop woop! Super exciting Gem and Richie, congratulations to you both."

In November 2019, Gemma opened up about the "challenges" of juggling motherhood and her return to the Black Sticks in an interview with Newstalk ZB's D'Arcy Waldegrave.

"A little tiny part of me felt that there was a little bit of unfinished business.

"I felt like I really missed getting out there with the girls and playing the sport that I always loved.

"I filled in for a club hockey game when Charlotte was 4 months old and I kind of crossed the line out onto the field and I had that white-line fever again," she said.

"That's where it all started. I was fortunate enough to play NHL and then some time in the Aussie league and that's when I guess I started to get a little bit more serious about it and think 'I would actually love to play again at that high level'.

"A year ago just before having Charlotte, I didn't think I'd probably be lining up back in the team. But [I'm] grateful for the opportunity and very excited with the year ahead and what's to come."

The McCaws married in Wanaka in January 2017.