Scarlett Johansson was slimed by her husband Colin Jost midway through her acceptance speech at the MTV Movie & TV Awards.

The 36-year-old actress appeared via video as she was honoured with the Generation Award at the ceremony on Sunday night (16.05.21) - and was in for a surprise.

As she teased her new film, the Saturday Night Live writer poured the green gunge all over his spouse.

She said: "It's my great pleasure to share with you a sneak peak from a film that is the culmination of 10 years of work and one of the greatest."

And after getting slimed, she reacted: "What the f***." 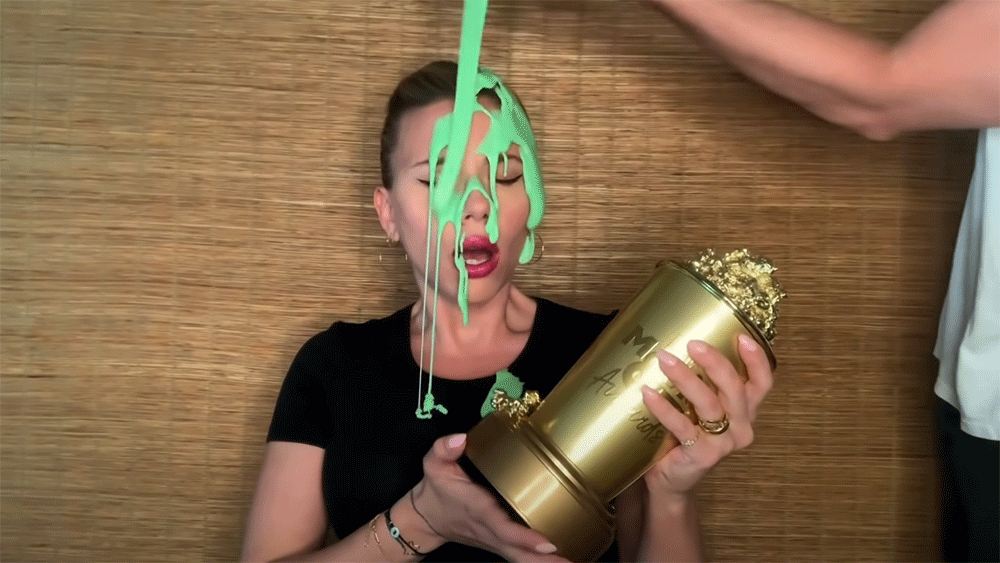 Colin - who tied the knot with the Black Widow star last October - had jokingly or purposely mixed up MTV with Nickelodeon, which is known to slime its guests and celebrities.

He said: "MTV you got slimed!", to which she corrected her other half: "That's Nickelodeon!"

After trying to remove some of the green slime from her hair, Scarlett told him: "Don't touch me. Let me get it! Where did you even get this?"

Colin then said: "I love ya. Amazon!"

Meanwhile, WandaVision was the big winner at the first night of the MTV Movie & TV Awards, taking home four prizes.

As for the iconic Best On-Screen Kiss award, that went to Outerbanks stars Madelyn Cline and Chase Stokes - who recreated the moment on stage.

Held over two evenings, the second seeing the launch of the inaugural Movie & TV Awards: Unscripted, which is billed as a celebration of all things reality TV.