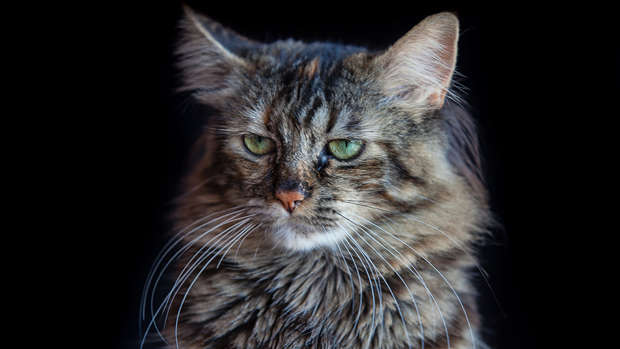 As cat owners all around the world can attest, cats have a reputation for being aloof.

But now a new study out of Japan has found that cats are perfectly aware of their name ... they just choose to ignore us!

While there's a ton of research looking into the way dogs comprehend human vocalisations, the ability of cats to interpret human speech has been relatively overlooked by scientists.

However, researchers from the Atsuko Saito of Sophia University in Tokyo devised a study in which cats could easily participate.

Recruiting 78 felines from both households and cat cafes, researchers conducted a series of experiments to find out if cats can discriminate between their names and other kinds of words people say to them.

"To test the hypothesis, we presented four different words serially as habituation stimuli, then presented the cats' own names as test stimuli," the authors explained.

Ultimately, based on the cats' responses, the results suggested that most of the time cats can indeed distinguish between their names being said and other words, even if they are similar-sounding words, and regardless of whether it's their owner or another unfamiliar person who is doing the talking.

The only exception to this was when the cats who lived at the cat cafe were talked to; their name recognition appeared to be poorer.

"We conclude that cats can discriminate the content of human utterances based on phonemic differences," the researchers wrote. "This is the first experimental evidence showing cats’ ability to understand human verbal utterances."

So, we now know for sure that our cats understand quite well when we are addressing them: they simply choose not to acknowledge us.