On last night's explosive reunion episode of The Bachelorette NZ, former contestants Mike Bullot and Aaron McNabb confronted Lesina Nakhid-Schuster about their unsuccessful relationships with her, and her decision to leave the show alone.

"One of my biggest frustrations is that I gave so much of myself to you, and you didn't give anything away ever," said contestant Mike Bullot who voluntarily left the show after claiming Lesina "didn't know what she wanted".

"I told you lots of very personal stuff because I was trying to get to know you - and you refused to answer any of my questions. It felt really unfair. I came away from the experience really disappointed."

During the episode, Lesina was given the opportunity to tell her side of the story and explained to Mike that it was because their relationship had not progressed as much as her relationships with other contestants. 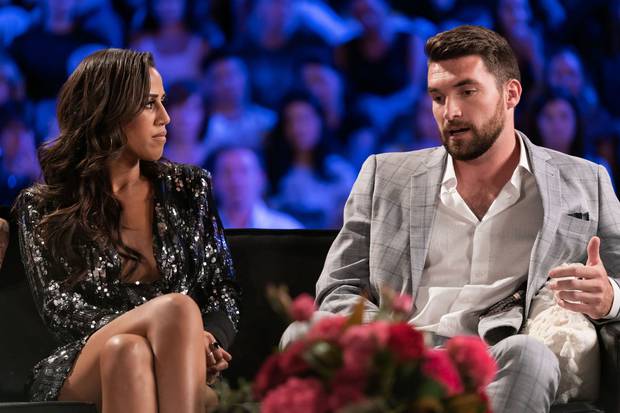 "I felt safer and more comfortable around other guys so probably opened up to them more, and that's just the nature of dating different people," she said.

Former contestant and finalist Aaron McNabb also confronted the bachelorette about her decision to walk away from the show single and revealed that after the show finished filming he and Lesina had continued their relationship in secret – until she called it quits again.

"I've been dreading this conversation, but it crushed me when she told me she didn't want to be with me - I cried hysterically," he said.

"After the show ended we caught up a number of times until she told me again that she didn't want to lead me on, and if that's not leading someone on then I don't know what is."

Hey everyone, I’m so sorry I haven’t been able to respond to you all yet, but please know I’ve read Every. Single. Message. And from the bottom of my heart THANK YOU!! During the last few weeks of filming I hadn’t cried and laughed and cried again, so much in all my life. There were so many fun and funny moments but there were also times I felt confused, guilty, and anxious. But mainly, I felt like I didn’t want to disappoint anyone - the guys, the producers, the public, or myself. Trust me when I say that no one wanted me to leave this show with “the one” more than I did. But I also wanted to leave the show with all the honesty and integrity I came in to it with.. and that meant admitting that I hadn’t found my person in the end. And do you know what? That’s ok. I found instead a bunch of amazing guys who taught me so many lessons about myself (like i need to relax on the question asking sometimes haha), who showed me all the awesome qualities I should look for in a partner, and who supported me in making a final decision that I know in my heart was the best one for everyone. And for that, I’m grateful. ❤️🌹❤️

The former contestant also accused the bachelorette of being unnecessarily "cruel" by giving their relationship another shot after the cameras stopped rolling.

"It was genuinely devastating. The 'drip-feeding' you did after the show ended was more cruel than if you had just ripped the bandaid off and said it wasn't going to work. You weren't up front and I didn't deserve this."

Despite the accusations, Lesina maintained that she had good intentions by giving their relationship another shot in the real world.

"We both agreed to hang out because I wanted to explore if my reservations about us were to do with the show or if they were real," she explained.

"I wanted to find something long term and I held out hope as long as I could." 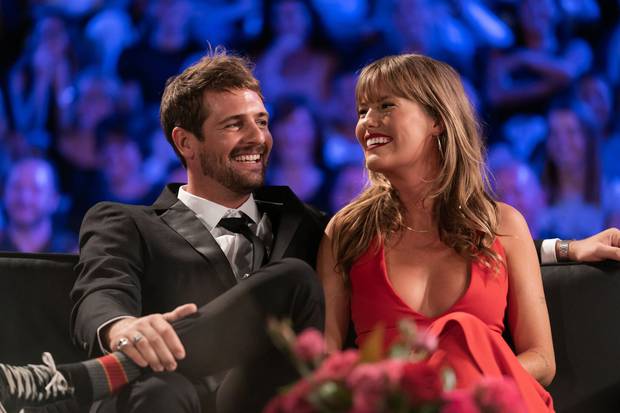 On Monday night's finale, and after weeks of drama, kisses, roses and intruders, bachelorette Lesina Nakhid-Schuster chose no one.

In the final episode of the first season of The Bachelorette NZ, the doctor made the shock decision to not take anyone to the final rose ceremony and instead walked away a single woman.

"You know this was such a hard decision for me but I've decided I don't want to take anyone to the final rose," she told Aaron through tears.

"What I wanted out of this experience was to find my forever person, and if I hadn't found that I didn't want to pretend that I had."