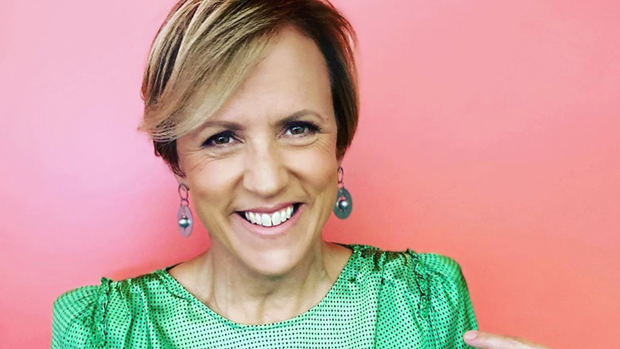 Hilary Barry has called out sexist comments made about her on social media, suggesting the men who posted them could make it their New Year's resolution to treat women with more respect.

The Seven Sharp presenter exposed the comments by posting screenshots of them on social media this afternoon.

"There are lots of lovely men in the world and then there are these guys having a discussion about me on my Facebook page. #everydaysexism #dicks", she posted on Twitter.

There are lots of lovely men in the world and then there are these guys having a discussion about me on my Facebook page. #everydaysexism #dicks pic.twitter.com/yEZKybZToG

Barry redacted the names of the men in the screenshots.

Another person said "she'd talk all the way through it", to which one replied, "put something in her mouth to keep her quiet".

In response to the men, Barry said: "I suspect whatever you planned to put in my mouth would be so tiny it would do little to keep me quiet."

She pointed out their comments were visible to herself, as well as her mum and sons.

"Need I go on? Maybe your New Year's resolution could be how to treat women with a bit more respect? Regards, Hilary." 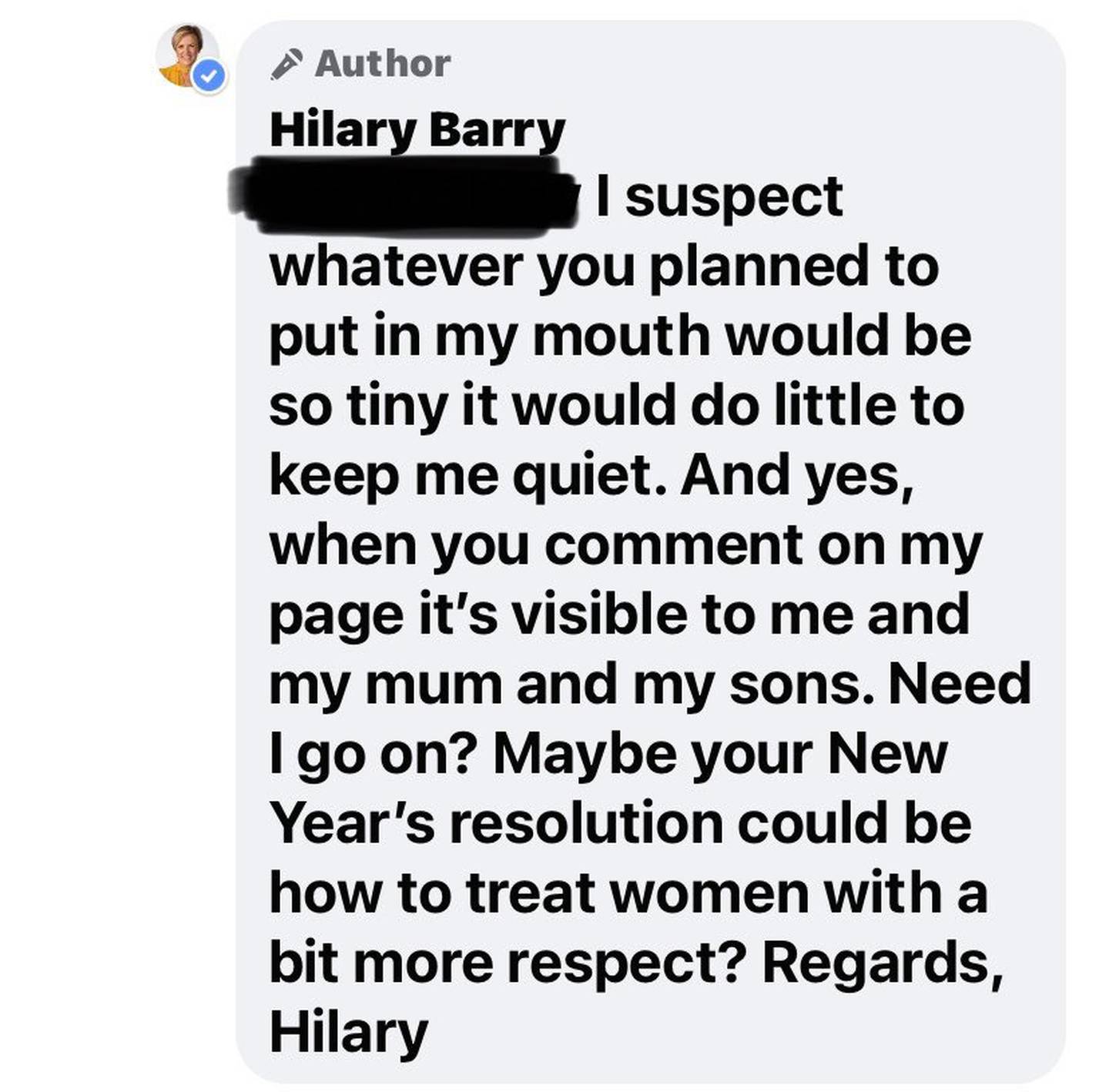 Barry is not afraid of calling out members of the public for their online comments about her appearance.

Earlier this year Barry was told to "dress properly" by a man on social media.

He was referring to an off-shoulder top Barry wore while hosting Seven Sharp with Jeremy Wells.

Last year a Seven Sharp viewer who was upset over what she deemed was too much of Barry's cleavage on TV was moved to make a complaint to the show.

In her email, Barbara accused Barry's fashion choices of being unprofessional and expressed dismay that such a display could happen in the #MeToo era.

"We are being assailed by more and more of Hilary in low-cut tops exposing her cleavage. Unfortunately, it's become a worldwide trend which is mind-boggling considering we have the #MeToo movement trying to stop women being treated as sex objects," she wrote.

But Barry wasn't having a bar of it.

"Well here's the thing Barbara, I'm just a middle-aged mother of two who slapped on some lippy and a pretty top to look presentable for the nation," she said before adding, "I'm sorry that you find my boobs offensive."

On Thursday, she posted a picture of her wearing a colourful frock with the caption: "Final #newscleave of 2020."