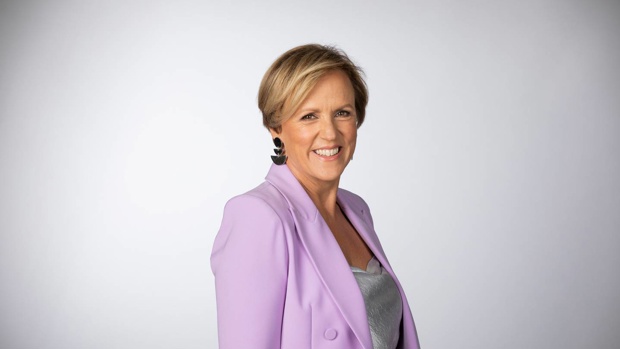 And now she's taken an anti-vaxxer to task online over a Facebook comment on a story from last night's broadcast of the show about whether employers can require their staff to get the vaccine.

"Anti-vaxxers, the gift that keeps on giving," she wrote on a social media post sharing a screengrab of an interaction with someone online.

"Soz Hillary you make me sick, can you do some proper journalism or can you only read from the script that labour wrote [sic]," a woman had written in a Facebook comment.

"Covid's gonna make you sicker babes. So go get a vaccine," the TV host commented in reply.

She later added in reply to other comments, "Just a reminder that everything you need to know about the vaccine can be found at Unite against Covid-19. Go get the vaccine to protect your whanau and your community. Lots of love from Hilary xx."

It's not the first time Barry has come out swinging against those who oppose the Covid-19 jab.

Her comments on the safety of the Covid vaccine on an episode of Seven Sharp earlier this year led to a complaint to the Broadcasting Standards Authority.

In the segment broadcast on February 16, 2021, Barry suggested that those who did not want the vaccine should "jump on a ferry and go to the Auckland Islands for a few years ... then when we've got rid of Covid, come back".

In a decision released in August, the BSA ruled that her comments on the safety of the Covid vaccine did not breach its standards.

Barry shared a screenshot of the statement on her Instagram stories, writing, "Anti-vaxxers 0, Hilary 1".

The BSA announced in a statement that it had not upheld the complaint about the news item, in which Barry made comments about the safety of the Pfizer vaccine and about "anti-vaxxers".

The viewer's complaint alleged that Barry's comments "breached the good taste and decency, discrimination and denigration, balance, accuracy and fairness standards, by suggesting the vaccine's safety was almost without question, and denigrating those with a different view".

But the BSA found that the comments weren't likely to cause widespread offence or undermine "widely shared community standards".