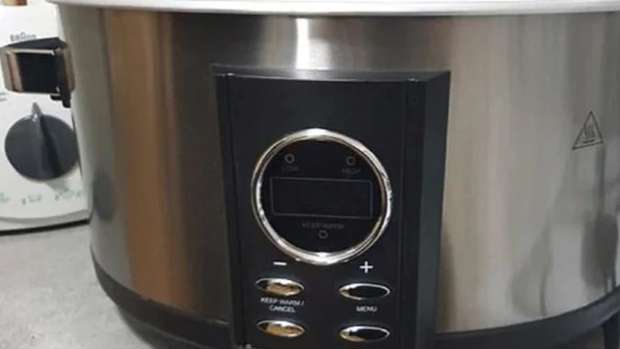 One shopper has been left completely shocked after she spotted a hilarious X-rated mistake on her slow cooker.

What could be so inappropriate about a slow cooker, you ask?

Well, it turns out the appliance's warning instructions mention the use of male genitalia.

Posting a picture of the instructions on Facebook, the woman wrote: "Anyone else see what's wrong in this picture? #welldonekmart #idonthaveoneofthosesorry."

In the second sentence, the words read "c*** only in this container", instead of cook. A third joked: "Does this mean the meat will fall off the bone(r)?"

Seeing the woman's post, another Kmart shopper checked the instructions on her slow cooker too.

"That is hilarious. Just checked mine, says the same thing too. Can't wait to give the other half the instructions!!!," the woman said.

A Kmart spokesperson told Daily Mail Australia they were sorry for the mistake.

"We sincerely apologise for this error and the team have ensured this does not occur on future ranges," they said.