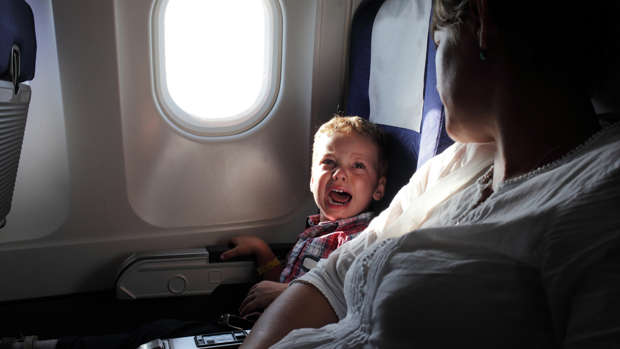 It can be frustrating on a flight when the kid behind you starts kicking your chair ...

... And it can also be a lot of hard work when you’re the parent trying to soothe a distressed baby.

Now, after a video surfaced of a "demonic" youngster throwing an 8-hour long tantrum on a "flight from hell" from Germany to New York, people on social media are calling for airlines to introduce "child-friendly" zones on planes.

The viral video shows passengers commenting on the "nightmare" experience after the toddler screams, runs up and down the plane and climbs on seats for the duration of the flight.

A number of people supported the idea of keeping noisy children away from child-free passengers, with some even admitting they would pay more for flights if they were guaranteed a seat far away from a little one. Others said there should be airlines that are child-free altogether.

Meanwhile, others argue that families with children shouldn’t be forced into sitting in just one section of the aircraft.

What do you think? Should there be child-free zones on flights?