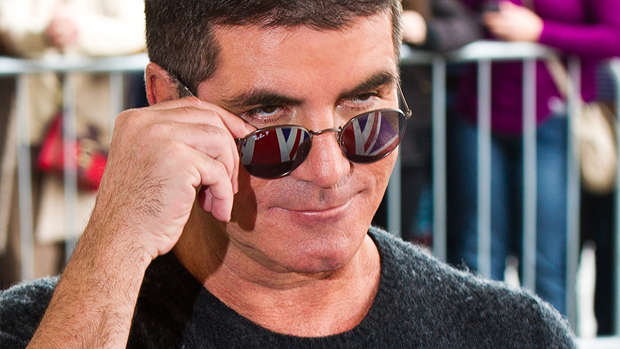 The 'X Factor' boss was seen being stretchered out of his mansion in a neck brace after he took a fall at around 6.45am today (27.10.17) while going to get a cup of hot milk.

Simon, 58, is thought to have been going downstairs to get a cup of milk to help him sleep when the accident occurred, but his injuries are not believed to be serious.

A source told The Sun newspaper: "It's been a scary morning. It was very early and Simon was going down his stairs to get some hot milk because he couldn't sleep.

"He fainted and is thought to have fallen down the stairs. An ambulance was called and he was stretchered out of the house in a neck brace surrounded by worried aides."

The music mogul - who has a three-year-old son called Eric with his long-term partner Lauren Silverman - is currently in hospital undergoing a medical examination.

As yet, it is not known whether Lauren or Eric were at home when Simon suffered the accident.

But while Simon awaits the results of his medical tests, his participation in the first live show of this year's 'X-Factor' on Saturday (28.10.17) is currently uncertain.

Despite this, ITV - who broadcast the singing contest in the UK - were only made aware of the incident early this afternoon.

Earlier this year, the outspoken TV personality was forced to pull out of 'X Factor's London auditions due to a mystery illness.

And in June, Simon - who is a self-confessed workaholic - missed his own charity ball after he was struck down by flu.