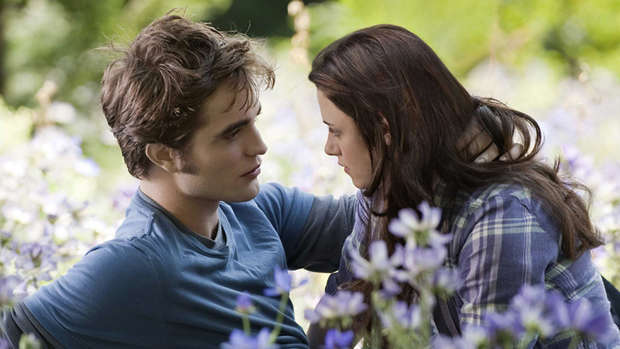 Author Stephenie Meyer announced earlier this year that she would be releasing a new book in the Twilight series, titled Midnight Sun - and now that day finally has arrived!

The new book is set to be a prequel to the original Twilight saga and will delve into the story of vampire, Edward Cullen and will be written from his perspective.

Edward Cullen was portrayed by British actor Robert Pattinson in the movie series.

Needless to say, it didn't take long for Twilight fans to share their excitement on social media:

Me currently waiting for #MidnightSun to arrive at my house pic.twitter.com/VutSHNhBia

My #MidnightSun @Twilight book by #StephanieMeyer arrived. Been waiting over a decade for this AHHHHHH pic.twitter.com/gVTEZr7GdX

me for the next 48 hours #MidnightSun pic.twitter.com/lA3fmt78i6

Stephenie first shared the news with Good Morning America to reveal her plans for the long-awaited book.

During the brief via video call, Meyer said she "wasn't sure if it's the right time to put this book out", hinting at the "crazy time" surrounding the coronavirus pandemic.

JUST IN: 15 years after the first novel in the “Twilight” saga was released, author Stephenie Meyer is bringing readers back to Forks, Washington, with her new book, “Midnight Sun.” Find the details here: https://t.co/IHD4UfAkkI pic.twitter.com/ZY3ZqnBahG

"But some of you have been waiting for just so, so long it didn't seem fair to make you wait any more."

Earlier, in a blog post, Meyer said there was "a lot more" to Edward's story.

"There is so much more to his side of the story than there is to Bella's in that first chapter," she wrote.

"After all, Bella only knows that an incredibly gorgeous boy is looking at her funny. Meanwhile, Edward is suffering through one of the most momentous days of his very long life. "First there's the shock and frustration of not being able to hear Bella's thoughts, then the wild, monstrous reaction to her scent, followed by the incredible expenditure of self-control that it takes to not kill her … His side of Bella's first day at Forks High School is a hundred times more exciting than her own.

"Though I didn't have time to work on it right away, the idea of letting Edward have his chance to speak stuck with me."

A draft of the new novel leaked back in 2008 when the first film premiered and became an instant cultural phenomenon. Meyer shelved the project at the time. The first Twilight book was published in 2005.

The 46-year-old author, is also the co-owner of production company Fickle Fish, leading others to believe the countdown could be film-related.

We can't wait to read this new book!