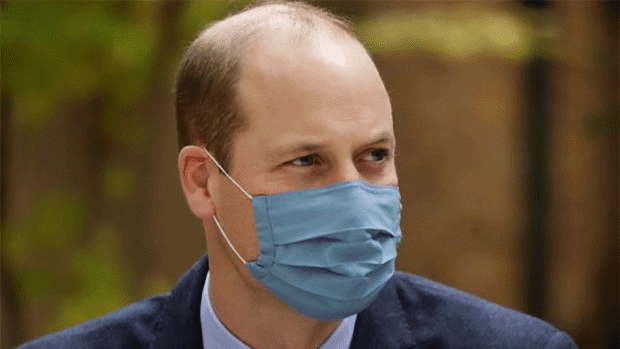 Prince William secretly battled coronavirus earlier this year, but kept the diagnosis a secret in the hope it wouldn't "alarm the nation".

According to reports the Duke of Cambridge contracted coronavirus in April and was "struggling to breathe" which created "panic" after he was knocked hard by the virus.

The 38-year-old Duke followed government guidelines by self-isolating in the family home of Amner Hall in Norfolk and was treated by palace doctors.

However, the report claims that unlike his father Charles, he chose to keep his diagnosis secret because he felt it may cause alarm.

Prince William is believed to have suffered from Covid-19 days after his dad Prince Charles and Prime Minister Boris Johnson also battled the virus.

While speaking at an engagement, the Duke shared with an observer: "There were important things going on and I didn't want to worry anyone."

After the UK Prime Minister was admitted to hospital, the Queen then delivered her "We will meet again" address, and William felt it was not the right time to say anything.

A source told the Sun: "He felt there were more important things going on in the country.

The Duke called in to check with a community farm based in Wales to understand how @NatEmergTrust funding has enabled them to continue supporting families, distribute food parcels and grow emergency supplies of vegetables #NETCoronavirusAppeal pic.twitter.com/VGlLN69L7N

"But as a result of his own experiences, he realises absolutely anyone can catch this awful disease - and knows how imperative it is that we all take this second lockdown seriously."

The source continued: "William was hit pretty hard by the virus - it really knocked him for six.

"At one stage he was struggling to breathe, so obviously everyone around him was pretty panicked.

"After seeing medics and testing positive - which was obviously quite a shock given how fit and healthy he is - William was determined it should be business as usual though.

"He was determined to fulfil his engagements."

That month, William continued working and made 14 telephone and video calls, all while battling the virus.

And despite the impact the virus had on him, the father-of-three continued to contact frontline NHS workers to tell them how "proud" he was of their commitment.

On April 16, he also opened Birmingham's Nightingale Hospital via video link and sang the praises of the staff there, praising them as a "wonderful example".

He was also filmed outside Anmer Hall leading wife Kate and their three children George, 7, Charlotte, 5, and Louis, 2, in a "Clap for Carers" message.

👏 Thank you to all our incredible key workers! #ClapForOurCarers

Ahead of the nation showing their appreciation for our tireless key workers, The Duke joined #Blackadder’s General Melchett @StephenFry for some video call fun on #TheBigNightIn@ComicRelief | @BBCCiN pic.twitter.com/eUfAtFWIuT