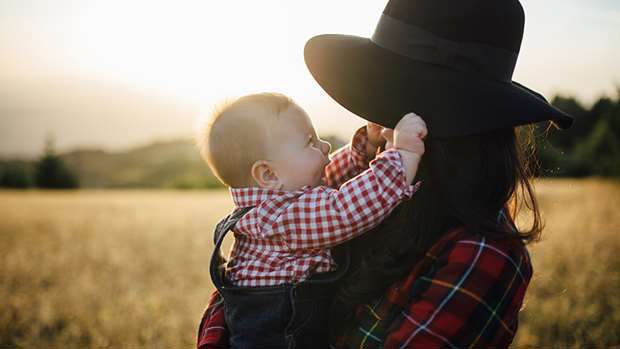 If you've ever wondered who is happier - those with kids or those without - it would be understandable if you thought the latter.

But a new study is claiming that those with kids are actually happier ... but not until later in life, when their children have flown the nest!

A team of researchers at Heidelberg University in Germany found that, in older age groups, people with children had greater life satisfaction and fewer symptoms of depression than people without children, but only if their kids had left home.

For the study, the researchers analysed data from a European survey that asked 55,000 people aged 50 and older from 16 countries about their mental well-being.

The scientists believe this is because children become a form of social support, without the day-to-day stress of looking after them.

"The results suggest that the finding of a negative link between children and well-being and mental health may not generalise to older people whose children have often left home already," the study says.

"As stress associated with balancing the competing demands of childcare, work and personal life decrease, once people get older and their children leave, the importance of children’s role as caregivers, financial support or simply as social contact might outweigh negative aspects of parenthood."

Furthermore, studies from the University of Utah found that empty-nest parents aged 50 to 70 were five to six per cent more likely to report being very happy than those with kids still at home!

However, children who still live at home are shown to have a negative effect on well-being.