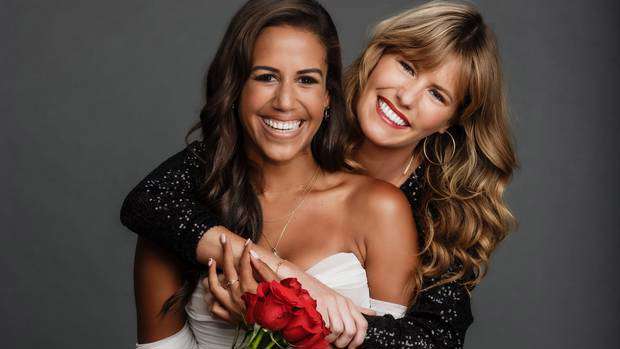 In a week of double trouble in the Bachelorette mansion, Spy can reveal the ladies looking for love are so close they got matching tattoos on their calves. The last time viewers saw the Bachelorettes and their many suitors, they were all packed up ready to go to Argentina. But when mole Daryl Habraken returned and threw a bomb or two, one Bachelor will be left at home with his packed bags.

The nation may have been hoping it would be Glenn Richards to be sent home, whose lack of woke-ness has made him a pariah, and it was.

But back to the Bachelorettes. On their last day in Argentina, the pair got matching tattoos which say "muchos novios" — which means "many boyfriends" in Spanish. 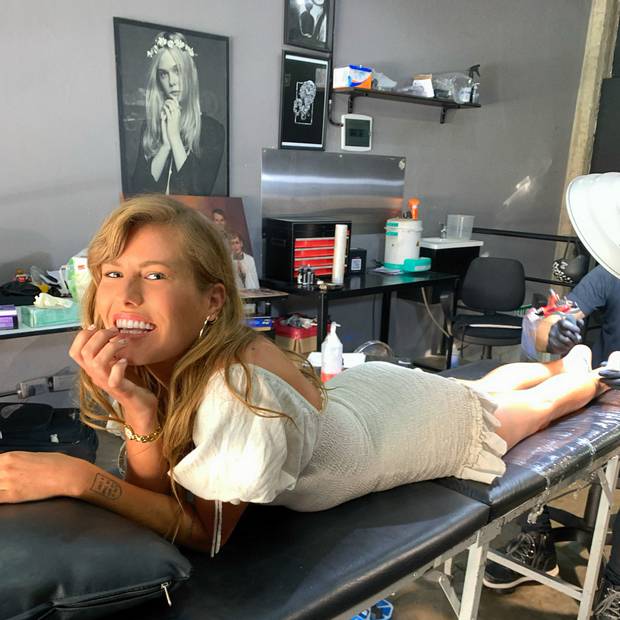 "It was a funny, momentous way to remember our journey," says Lesina Nakhid-Schuster.

Lily McManus says every time the pair interacted with the locals, "muchos novios" was their way describing what they were doing in Argentina.

"We didn't know how to describe the show, but 'muchos novios' was really the only way we knew how to describe it in Spanish. The reactions we'd always have from the locals was priceless. I think it summed up the experience nicely," says McManus. Nakhid-Schuster says she has got along with Bachelorette number two from the beginning.

"We really talked a lot about not making this about a competition between us, but instead helping each other finding our person.

"It was great having Lily around, as you would in real life — having girlfriends that you can talk to."

McManus says that she and Nakhid-Schuster developed a special bond.

"We went through something together that was so gnarly and emotional. It allowed us to open up to one another so quickly, which resulted in such a fast-tracked friendship. No one really knew exactly what I was going through like Lesina did. We leaned on each other in the times we needed each other most and I'll be forever grateful for that."

Nakhid-Schuster, 32, had previously spent six months backpacking around South and Central America, but did not make it to Argentina. "I wanted to do dates that explored the culture and tradition of Argentina. When I travel, those are the things that I enjoy doing the most, really getting an insight into the authentic culture and background of a place," Nakhid-Schuster tells Spy.

The closest McManus has been to South America is Mexico. It was the night she split with her last partner, believed to be Courtney Dober, whom she met on the set of The Bachelor Winter Games in the US.

"I booked a flight to Mexico that was leaving the next day," the 23-year-old says. "Turns out crying and booking flights and accommodation don't mix. I spent the next 10 days sleeping on a concrete shed floor in the middle of the desert with a bunch of strangers.

"However I had the absolute time of my life. You could say I got over that break up pretty well."

Spy has no spoilers on any love affairs, but here's hoping one of the Bachelors learned the language of love fast.

This article was first published in Spy and is republished here with permission.