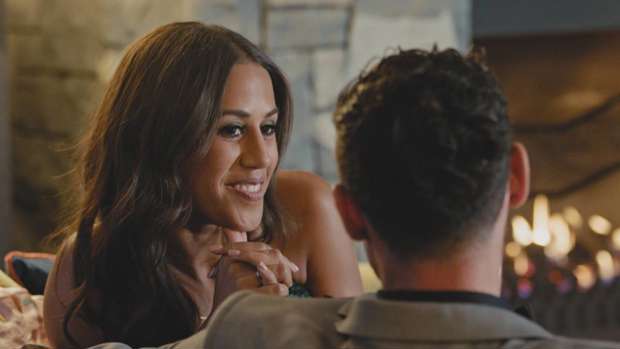 SPOILER ALERT: If you've not seen last night's episode of The Bachelorette NZ and want to do so without knowing anything of the foibles of the blokes vying for the affections of the Bachelorettes, do not even think about reading on.

There's a big fib ahead, but before that, I'm sure you're not surprised to hear that last night's episode kicked off with Glenn With Two Enns. I think Liam spoke for all of us when he said: "I thought you were strange as f*** when I met you, man." 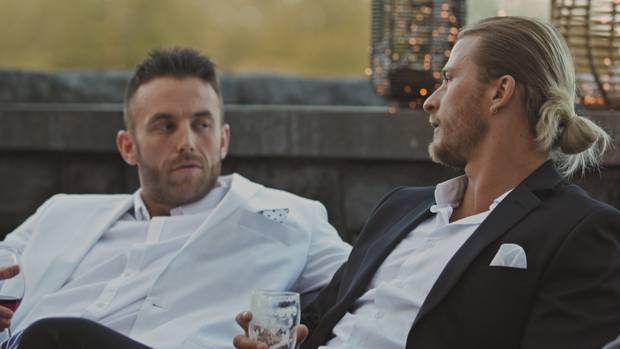 Let me set the scene. It was the cocktail party. Lily was dressed in a leopard ensemble that only someone who looks like Lily could pull off. She was engaged in a boring but civilised chitchat with pro-vaxxer Conor.

All of a sudden, a Beetlejuice-pantsed Glenn leapt off the couch and stood directly in front of Lily's face with his stripey crotch in her literal eyeline.

Despite the fact that she was engaged in a conversation, he then proceeded to positively BLEAT her name in her face repeatedly, like an incredibly rude toddler.

Yes, exactly like that BBC meerkat video where it screeches ALAN. It was honestly unreal.

If that wasn't obscene enough, he then dragged her off on a walk, during which he hissed, ominously, "I've finally got you to yourself".

Apparently, though, Lily is a Huge Letdown when it comes to the #bants, and Glenn was bored to absolute tears trying to maintain a conversation with someone who is obviously Not On His Level.

"Look, I've actually got a really deep personality and I'd love to have a good conversation," he said to Lily exasperatedly.

"Oh? Do you not feel like you're getting that here? What would you like to talk about?" asked an understandably perplexed Lily.

"Aliens?" asked Lily, with a high-pitched laugh - which actually now that I play it back I realise was more of a soft but panicked scream.

It's at this point Glenn told the camera that all wants to do is give her a kiss "just to see what it feels like".

All I personally want to do is turn off my TV and somehow burn the memory of Glenn from my brain. But unfortunately watching this show is my job and I am trapped in a prison of my own making. I am that scene in Get Out when Chris gets hypnotised and strapped to a chair in the Armitages' basement.

Back at the mansion, Lesina pulled Hot Aaron aside for a cheeky espresso martini and a chinwag. Everything was going great until Aaron decided to come clean about being a reformed playa.

Look, I love Aaron - I think he's v attractive and seems like a nice dude - but it's at this point he launched into the biggest CROCK I've ever heard, saying the reason he used to sleep with heaps of women and then never contact them again was because he felt #vulnerable and was scared of getting hurt. Oh, okay, George Clooney. Sure thing.

Poor Lesina, though, had obviously fallen into the d***sand and they PASHED!

Unfortunately, his stupid Brixton hat got in the way so we couldn't even perve properly. Selfish. 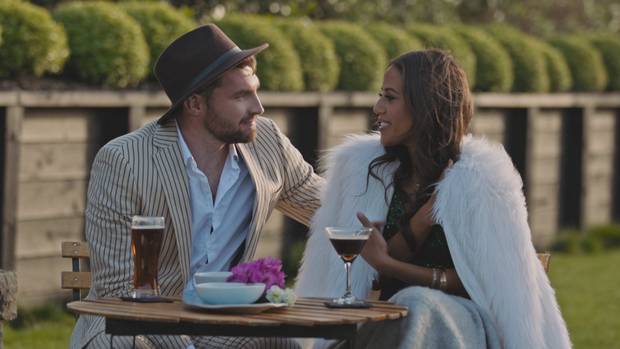 They hooned back to the mansion, high on Brixton pash, and Aaron gleefully informed Marc that he too had gotten to first base with the first bach.

"WELL LOOK I TAUGHT HER EVERYTHING SHE KNOWS MATE," snarls Marc, with the kind of lascivious tongue motion traditionally reserved for a much later timeslot.

Meanwhile, Lesina whisked Tavita off for a chinwag, at which point Tavita decided to execute his cunning plan of throwing Hot Aaron under the bus by saying he only kissed Lesina because he was dared to.

No, you didn't miss the truth or dare segment: Tavita made the whole thing up to get Lesina onside. Tavita is apparently still on Heartbreak Island Time and has decided there aren't enough crafty challenges and mindgames in this show for him. 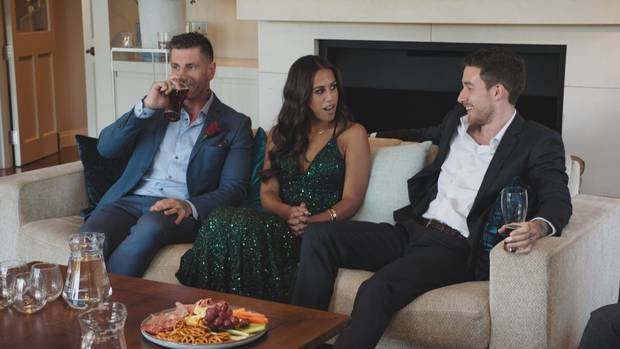 Poor Dom (who has had barely any screentime now that I think about it) burst onscreen and FINALLY gave our very clever podcast name some context - thank you Dom.

"LESINA CAN I STEAL YOU FOR A SECOND?"

Lo and behold Tavita was not having a BAR of it and basically told him where to go.

He also introduced the incredible term "Swoopylala" to describe Dom's unsuccessful attempt at spiriting Lesina away - and I'm now absolutely gutted we didn't name our podcast that instead.

Lesina felt terrible that Dom was probably going to go and sob in the garden about his failed, err, swoopylala, so took him off for a pity-chat. But she was understandably so frazzled about the fact she apparently just got pashed by an adult man for a dare, that she couldn't remember Dom's job, age, name, where she was or what the f was going on.

She stumbled back to the mansion and enlisted Daryl The Mole to give her some guidance/dirt.

I personally feel like Daryl has been a shockingly bad mole so far. He's not even provided a shred of gossip to Lesina, so he needed to deliver. And boy, did he deliver. (Yes.)

Daryl, who I assume was acutely aware his TV stint was coming to an abrupt end now Lesina's galpal Lily is in the mansion - threw himself into the scene like an actress approaching 30 who knows it's her last gig before she's relegated to playing Margot Robbie's mother.

By the light of a flickering fire and the ever-present horror movie music that TVNZ insists on, Daryl morphed into Daniel Craig the detective in whodunnit flick Knives Out.

Detective Daryl Craig revealed that Tavita lied about the pash being a dare to "throw Lesina off the scent" of Marc - and that it was Tavita who killed Aaron in the cloakroom with the candlestick, etc. And scene.

Nothing much else happened tonight except for: 1. Previously Silent Steve got caught on camera lip-syncing in a field - exactly like this scene in High School Musical:

Incredible. And 2: Lesina took Previously Silent Steve on a claybird shooting date run by a man who looked like Colonel Sanders in a cheesecutter. 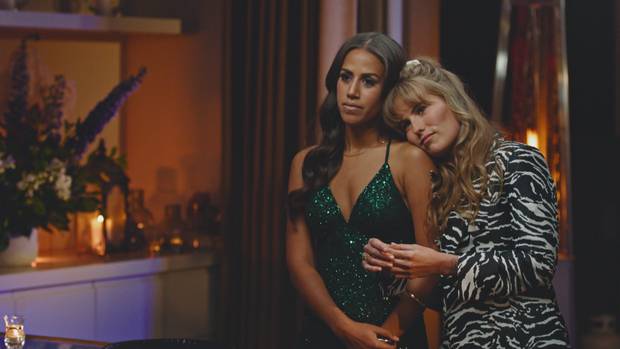 "Time to separate the boys from the men," chortled Glenn.

I personally think it's time to separate Glenn from the menn and leave him in a caged off penn. The ennd.

The Bachelorette New Zealand continues on tonight at 7.30pm on TVNZ2.