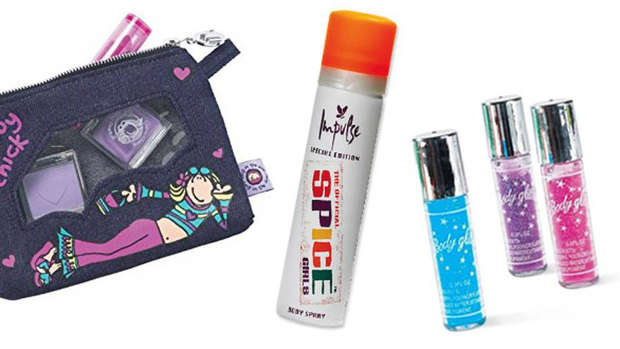 Ah, the 90s: The decade dominated by experimental, ridiculous makeup products. If you were a teenage girl in this era, you were more than likely spritzing the hell out of your halter top with Spice Girls perfume, layering on glittery Lip Smackers and painting your casual-not-casual strands of hair with coloured mascara.

While 13 year olds today shop at Mecca, Mac and Sephora, and are frighteningly aux fait with contouring, this was not the case for the 90s girl: She got her makeup at the chemist, acquired stuff "free" from a Smash Hits or Girlfriend magazine and knew inherently that glitter was the key to an on-trend look.

And while times may have changed (read: glitter ain't so cool) the 90s still reign supreme with products so iconic we just had to round up our favourites. Green was a strong choice for glitter gel which was especially popular in roll-on form.

FACT: Everything in the 90s was better in roll-on form. If you had a an entire set of these bad boys you were instantly, wildly popular.

With winning flavours such as 2000 Cookies, Bubble Gum and Stellar Strawberry, it was hard to go wrong with a pocket full of Lip Smackers.

Cool Charm was one of two dominant deodorant choices in the 90s. As far as you were concerned, it really did help "bring out your inner cool". No one really knew how to use these. And they were really, really sticky. While they looked incredible on Christina Aguilera, when we tried to apply them they just seemed to pool in our eyelid creases like twinkling grease in a gutter. If you weren't in camp Cool Charm, you likely carried one of these in your school bag in one of the following flavours: Vanilla Kisses, Spice Girls Ltd edition, or any version containing a glitter mist. If you didn't turn your hair orange by dousing it in Sun In were you really a 90s kid at all?

Make up in a CD case 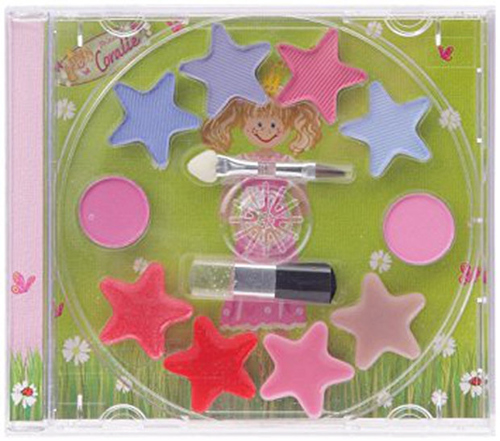 These got really messy, really quickly. They cracked and spilt all through your school bag. But that still didn't hurt their cool factor enough to be taken off Christmas and birthday wish lists.

For a teenage girl in the 90s, there were few tasks tougher than trying to remove the backing tape under press on nails in order to make them stick.

None the less, they were a revolution: Changing your nails in a matter of minutes was a really big deal in the 90s.

And tapping your talons on your desk at school was the easiest way to confirm your coolness among your peers. The Revlon Street Wear collection was a high point in the 90s makeup scene. The nail polish and eye shadow shades rival the best the likes of OPI has to offer these days.

Anything with a metallic shimmer was immediately coveted in the 90s and Revlon knew it. Never mind that you had to apply half the bottle to achieve the desired look.

If you can't smell this shampoo from looking at the picture alone, did you even live in this decade? 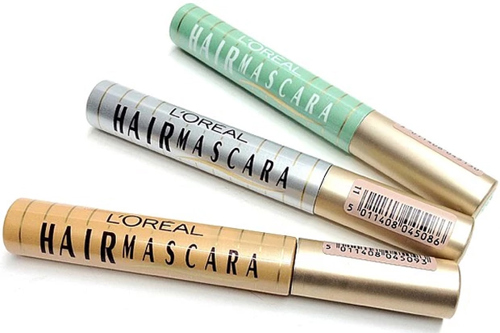 Hair mascara was a versatile product, best used on lashes and in your hair.

Green and purple were the coolest, but the more colours you could work with at any one time, the better.

A Groovy Chick bag to put it all in We all knew her. We all loved her. The Kiwi girl's answer to Hello Kitty, we could get her on makeup bags, lamps, pencil cases and even bicycles.