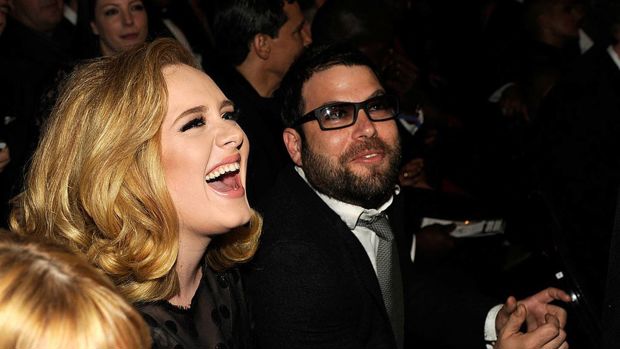 When someone as famous and as successful as Adele goes through a divorce, there is bound to be at least one bizarre detail mentioned in the split.

The Hello singer's divorce deal is no exception. The British singer has reached a deal with her ex-husband Simon Konecki - two years afters after the couple called it quits.

Rumour has it Adele is set to release a new album this year, and while many will be hoping her next record will mirror events of her private life, songs about her split could be off-limits.

According to the Sun, Adele has agreed to not pen songs about her ex in order to protect the couple's son Angelo.

"Heartbreak has helped Adele shift records over the years but this split is quite different," an unnamed source told The Sun.

"They're both aware their son Angelo should be protected and that's why Adele has agreed not to sing about their relationship.

"Her new album will have a different sound anyway, so it hasn't bothered her too much that Simon quietly expected her to keep their relationship out of her music."

Sky News previously reported that the estranged couple has used mediation to assist them in reaching a settlement in regards to assets and properties. It is widely acknowledged that the pair will seek joint custody of their son, Angelo, 8.

Adele announced her split from Konecki in April 2019 and filed for divorce in September that year.

A spokesperson for the singer commented at the time: "They are committed to raising their son together lovingly. As always they ask for privacy. There will be no further comment."

It has been six years since Adele's last album, 25, released in 2015. It was awarded Grammy Awards for best album of the year plus the gong for the best pop vocal album.

The album has gone on to sell a staggering 23 million copies worldwide, off the back of hit singles Send My Love (To Your New Lover) and Hello.