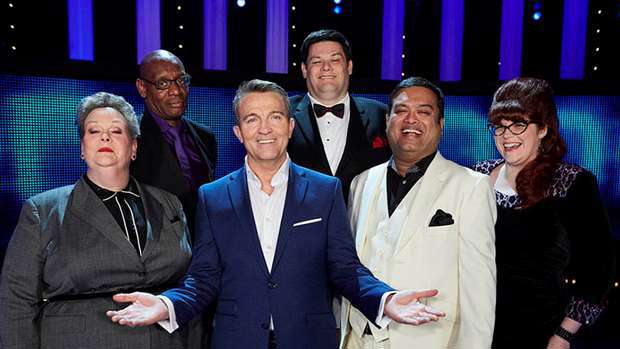 The Chase has The Dark Destroyer, The Beast, The Governess, The Vixen, and The Sinnerman, and now a new Chaser has finally made his debut on the quiz show ...

Host Bradley Walsh introduced much-loved contestant Darragh Ennis as the latest edition to the show, bestowing his nickname upon him: The Menace.

Posting to social media, the popular game show shared a picture from Ennis' first-ever episode on the show.

Alongside the photo was the caption: "We are excited to formally introduce our BRAND NEW Chaser, @bonesgiles!

"Please give a big, warm welcome to Darragh "The Menace" Ennis."

The Irish star - who became a viral sensation when he appeared in the show in March 2017 - was announced as the sixth Chaser in April.

Darragh is the first new chaser to be appointed since Jenny Ryan joined the show in 2015, with a source telling the publication his signing is a "big deal."

Ennis said he is excited to join the show: "I'm so pleased to be the sixth Chaser. It's brilliant to be on such an amazing quiz team, and so much fun working with Bradley Walsh. It's such an exciting opportunity and I can't wait to take on more contestants!"

Walsh said: "Another Chaser? ANOTHER CHASER? That's another person cleverer than me on The Chase. I must have words with the producers. But I can't wait to educate Darragh on the important things in life; custard creams, cowboy films and real ale."

In his 2017 run on the show, he won £9000 ($18,000) for his team, but his teammates took minus offers, meaning he actually walked away with less. There was outcry on social media over his losses, and fans even started a GoFundMe page for him.

We can't wait to see him in action on New Zealand television screens.