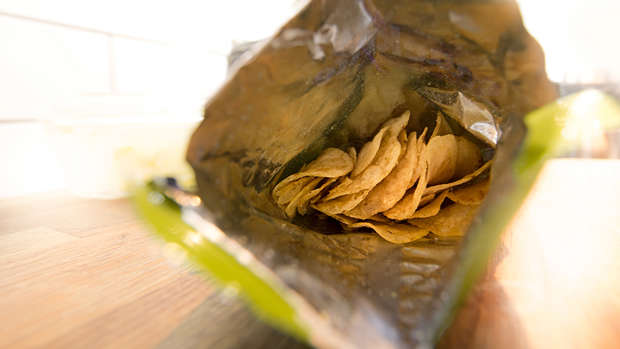 Everyone loves potato chips - but they are probably one of the last snacks you would take in with you to the cinema as they are so noisy to eat.

But now an Oxford University professor has revealed exactly why the packets make so much sound when you rustle them, and why the chips themselves are so crunchy.

Charles Spence, a professor of experimental psychology, conducted an experiment, which found that having a noisy packet and a very crunchy chip actually makes your treat taste better, the Daily Mail reports.

If you can hear the rustle of the crisp packet, it makes the snacks taste fresher, according to Professor Spencer.

He conducted a "sonic experiment", in which participants ate crisps while wearing headphones.

They said the treats tasted more "stale and spongy" when they couldn't hear the crunch of the crisps.

Professor Spence's theory is that manufacturers use this knowledge to their advantage to make packets as well as the crisps themselves as noisy as possible to make them taste better.

He added: "The sounds of the packaging in which a food is experienced - think the rattle of the crisps packet, or the pop of the champagne cork - can also influence our enjoyment of what comes next too."

He continued: "There's no reason in terms of product preservation for the noisy packets.

"It must just be some marketing person who thought, 'It's a noisy food, it's got to have the right expectations for the packaging'."

It comes after the revelation from scientist Dr Ian Fisk, an associate professor of food chemistry at the University of Nottingham, that dipping a Digestive biscuit into a cup of tea really does make a biscuit taste better.

He presented his findings after conducting an experiment on BBC Two's Inside the Factory this month to find out how many aromas are produced before and after dunking a biscuit into tea.

The study found the biscuit produced twice the aromas after being dunked, which Dr Fisk said will make it taste better.