A 4-year-old in the US decided to take his great-grandfather's SUV for a joy ride when he was desperate for chocolate.

Sebastian Swenson, from Minnesota, sneakily stole the car after he used his great-grandfather's walker to get the keys off the hook, last Tuesday morning at 8.30am, the Blaine Police Department told Fox9.

The boy then got behind the wheel of his grandfather's Hyundai Santa Fe and took off, even though he could barely see.

Witnesses told the police they saw Sebastian driving erratically through neighbouring streets before he jumped on a four-lane motorway for about 2.4km, driving at speeds between 16-24km/h during rush hour. 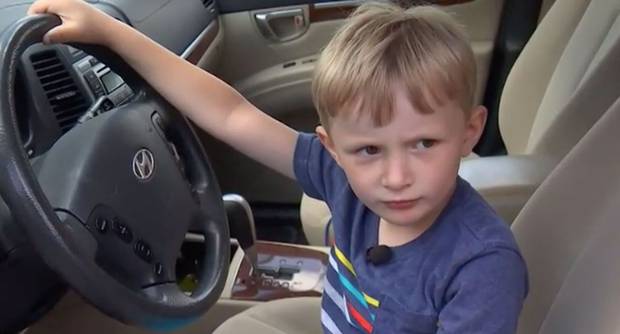 Sebastian eventually pulled over at a gas station, where authorities quickly met him.

The boy told Fox9 he wanted to go to the petrol station because he was craving Reese's.

Also during his drive, the 4-year-old hit a few mailboxes and a neighbour found part of the car's bumper. Officials said that no one was injured during the joy ride.

The boy's great-grandfather, Roy Becker, was thankful that no one was hurt and said things could have been worse. 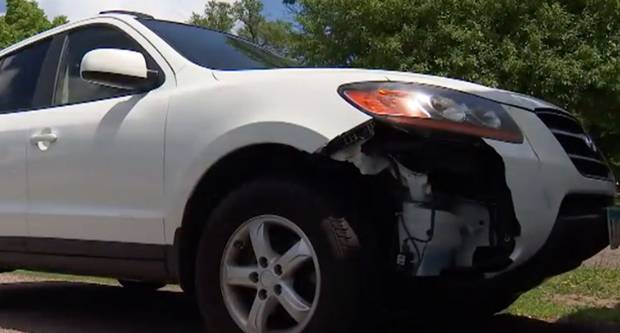 "He could've hit a car. He wasn't wearing a seatbelt. We could be talking about a funeral."

"He watches everything people do and he'll repeat it."

Sebastian's mother, Jenna Swenson, told Fox9 she reacted in panic and anxiety when she found out about the incident.

Got a crazy story out of the north metro tonight. 4yo boys takes great grandpa's keys for a convenience store snack run. Family terrified he's been kidnapped, their SUV stolen. Some minor damage, no injuries. So there are some laughs & lessons learned. @FOX9 at 5+6. pic.twitter.com/hbyrqJgDuG

"A little of almost all the emotions going on, trying to calculate what happened," she said on Wednesday.

Family members said they planned to lock up the keys in the future and keep a closer eye on the 4-year-old.