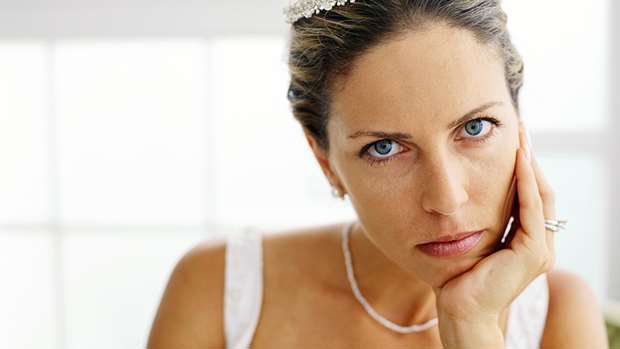 Planning a wedding can be a stressful time and it seems one bride has reached the end of her tether.

The unnamed bride took to Facebook to vent some of her frustrations about receiving unwanted advice and the fact that people who were not invited to the wedding asking a "ridiculous" amount questions about her big day.

"The amount of questions I have been asked about our wedding is getting ridiculous and by people who won’t even be invited," the bride wrote, before answering some of the questions about whether she will be changing her name, or wearing her spectacles down the aisle. "If you have asked one of these questions and aren’t a member of our family or a close friend you can take a hike."

"Kindly take your 'helpful advice' and stick it up your a**!" she concluded.

The rant was then posted to the forum Mumsnet, by a user who asked, "am I being unreasonable to think this is pretty rude? Yes, it probably is annoying when people ask questions about your engagement or wedding, but most of the time they are just making polite small talk?"

Many were quick to slam the woman as a bridezilla, pointing out that the post was a very rude move.

"Wow, that is pretty rude!" one user wrote.

"Oh my goodness. That's one of those messages you type out and don't send. Ouch!" another added.

One user said that they would instantly "defriend" someone who made a post-life this, another added "I doubt most people who are asking questions give a c**p about her wedding … it's just polite small talk to ask how it's going. Very rude."

"Wow, incredibly rude and unnecessary. Surprised she has anyone who would want to go to her wedding," another user added.

However, others understood where the bride and her frustrations could be coming from.

"It sounds like a woman so much at the end of her tether that she's lost any sense of what's OK," one user wrote in her defence.

"You have to assume she's been bombarded with annoying questions."

Another suggested it was maybe just one person causing the gripe, writing: "I think that sounds like a very specific point, despite the illusion of it being aimed at several people, aimed at one person who is overstepping with their opinions on the wedding."

"I could have written this on the run up to my wedding," another user empathised.

Do you think this frustrated bride was being reasonable?