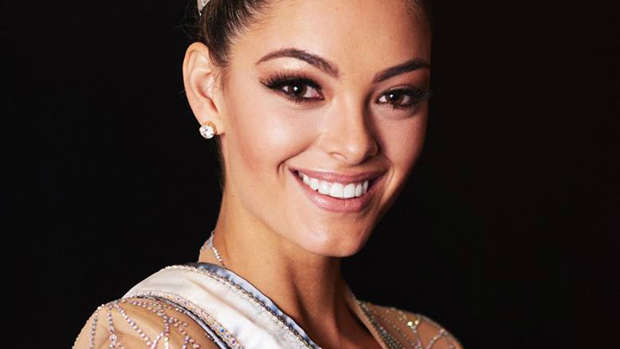 Something rarely seen during a pageant, fans have loved learning about tā moko tattoos and the significance it has to the 19-year-old and her family.

Did I see a tattoo on New Zealand's shoulder??🤔 I kinda dig it but doubt the judges do #missuniverse

During an interview with Māori Television Ihaia revealed she got the tattoo when she was 16-years-old to represent her whanau.

"It represents my ancestors and was created by Charles Paringatai for me to show my sisters, brothers and my parents."

While tattoos have traditionally been taboo in the typically conservative pageant, a Miss Universe New Zealand spokesperson said: "Both the national and international rules focus more on the ethical and moral standards of a contestant, and on this note, there is nothing to fault Harlem-Cruz. As she sets off to Miss Universe to compete for Aotearoa, she can do so knowing that her Maori culture will be appreciated."

To date no Miss Universe winner has showcased a tattoo during the competition.