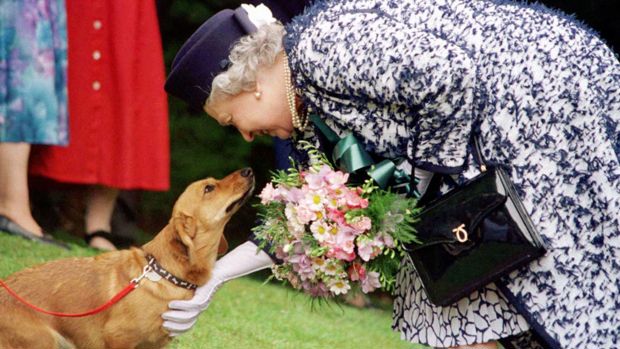 The Queen has chosen names for her two new pups - and each name has a special meaning for the monarch.

The Queen, 94, has named the corgis Fergus and Muick. Fergus is a dorgi - a cross between a corgi and a dachshund - named after her uncle Fergus Bowes-Lyon, who died in 1915 during World War I, reports the Sun.

And meanwhile, Muick, who was reportedly bought for £2650 ($5130) is named for Loch Muick on the Queen's estate in Scotland, where she and her family regularly travel for picnics during their holidays.

The news of the Queen's new additions came earlier this month as Prince Philip was recovering from his heart surgery at St Bartholomew's hospital in London.

The Queen lives with her new pups on the grounds of Windsor Castle amid a small, tight-knit group of staffers during the pandemic.

It's also just months after the Queen was said to be mourning the loss of Vulcan, the dachshund-corgi cross which had been her companion since at least 2007. He died a few weeks before Christmas.

In 2015 the Queen's informal adviser Monty Roberts said she would no longer replace her corgis as she didn't want to leave any of them behind when she dies.

But another source told the Sun the Queen was "delighted" with her new additions and that it was "unthinkable" that she wouldn't have any corgis.

"It's like the Tower of London not having any ravens. They have only been there a couple of weeks but are said to be adorable and made the castle their home.

"Both are said to be bringing in a lot of noise and energy into the castle while Philip is in hospital."