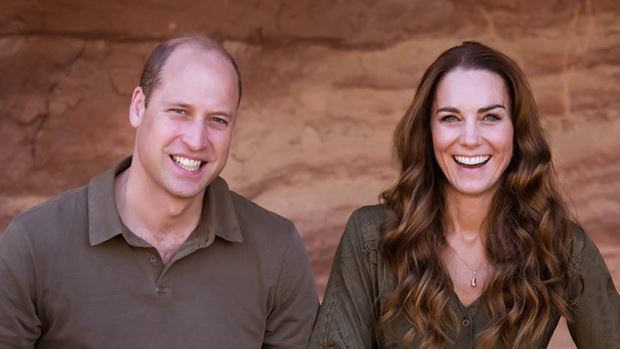 The Royals have shared their 2021 Christmas cards.

The family of five can be seen smiling in front of a stone backdrop in the photo.

"Delighted to share a new image of the family, which features on this year’s Christmas card,” the Cambridges' wrote alongside the photo.

Prince Charles and Camilla, Duchess of Cornwall’s greeting card was also posted on the Clarence House Instagram page and features a photograph of them taken by Samir Hussein at Royal Ascot in the summer, in which they are both wearing face coverings.

The picture of the card is captioned: "As the countdown to Christmas begins, today we’re sharing this year’s official Christmas card from The Prince of Wales and The Duchess of Cornwall."

The choice of an image of the pair in masks comes after Charles and Camilla urged anyone hesitant to get vaccinated against COVID-19.

They hailed the "ingenuity and determination" of those involved in the vaccination drive on the anniversary of the first jab in Britain earlier this week.

A statement from Charles, 73, and Camilla, 74, read: "We can only urge you to look at the evidence in our intensive care wards.

"People who are unvaccinated are at least 10 times more likely to be hospitalised or die than those who have had two vaccine doses."

The pair also revealed that they had received their booster injections as they urged those who have any doubts to listen to the warnings of those working in the NHS, who have spoken of the heightened risks facing people who have not been vaccinated.

They said: "That is why we urge everyone to get vaccinated and to take up the booster, as we have done ourselves."