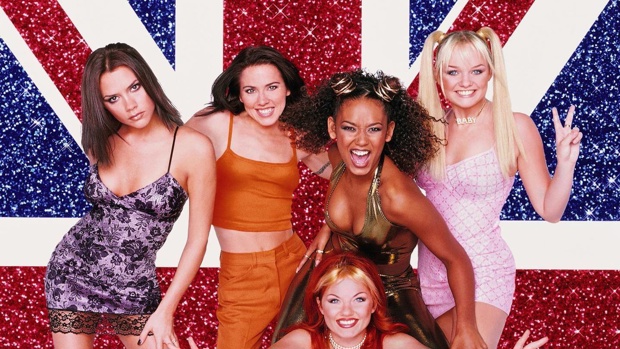 The Spice Girls are launching a new online game.

The iconic pop group - which includes Mel B, Mel C, Emma Bunton and Geri Horner - recently reunited in west London to shoot content for the new game, with each member of the group recording pieces in front of the camera at Black Island Studios.

A source said: "The Spice Girls are exploring a whole manner of new projects but this one was really exciting to them - their very own Spice game.

"All four women came together on Tuesday at the studios to shoot pieces to camera for it.

"The hope is that it won’t be too long before they get to show it to the fans because it’s something they’ve had in the pipeline for a while.

"It is one of several things they are working on, including an animated film, and they hope it will help celebrate the Spice Girls’ legacy."

The Spice Girls reunited for a tour in 2019 and they're keen to hit the road again, once the COVID-19 pandemic eases.

The insider told The Sun newspaper's Bizarre column: "They want to go on tour again as soon as it is viable. But in the meantime, they are enjoying doing these quirky projects, which will make them plenty of cash."

However, Victoria Beckham has reportedly snubbed the Spice Girls' latest reunion as she's currently in Miami, where she's been supporting her husband David with the launch of his new MLS soccer team.

The fashion designer previously rejected the chance to join the band for their money-spinning reunion tour.

By contrast, Mel C revealed earlier this year that Victoria would "love" to perform with the Spice Girls at Glastonbury.

Asked whether Victoria would join them at Glastonbury, she replied: "Well, between you and I, Mrs Beckham would love to do Glastonbury.

"It's something that I know has been rumoured a lot but it's not been seriously talked about. But we do constantly talk about getting back on stage because the shows in 2019 were incredible.

"We'd love to do it again - once the world allows."