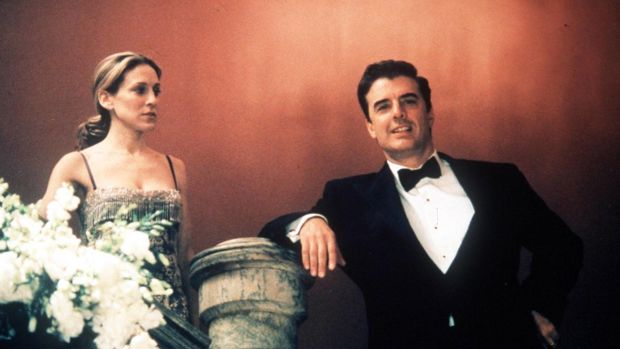 If you're a Sex and the City fan, get ready for another shock as it's believed a further two beloved characters will not feature in the upcoming reboot.

Page Six have reported Chris Noth, who plays Mr Big, and David Eigenberg, who plays Steve Brady, will not star in the forthcoming HBO show.

Mr Big was Carrie Bradshaw's love interest over the course of six seasons and their relationship continued and grew over the two movies.

The first movie saw the pair married after one dashed wedding attempt.

The report also suggested Eigenberg is still negotiating on whether to join the 10-episode series.

But the question remains how will the upcoming reboot portray the couples' lives?

Noth and Eigenberg are not the first characters to be absent from the reboot.

Kim Cattrall, who portrayed PR maven Samantha Jones, will not join the cast after years of a soured relationship with Sarah Jessica Parker.

Cattrall commented on a 2017 feud with Parker after plans for a third Sex and the City movie fell through. She told Piers Morgan she wasn't interested in playing Samantha again.

"It's quite extraordinary to get any kind of negative press about something that I've been saying for almost a year of 'no', that I'm demanding or a diva," she said.

"And this is really where I take to task the people from Sex and the City, and specifically Sarah Jessica Parker, in that I think she could have been nicer.

"I played it past the finish line and then some, and I loved it. And another actress should play it," she added, suggesting her role should be recast with a Black or Latina actress.

Back in January, Parker confirmed the cast of the iconic New York show will be reuniting for a reunion special shot for HBO Max.

She shared a video to Instagram with the caption: "I couldn't help but wonder ... where are they now?"

The teaser featured shots of the NYC skyline, and ended with the hashtag #SATCNextChapter.

Sex and the City aired from 1998-2004 and was cancelled after six seasons. Two movies were released in the late 2000s and were set after the show's conclusion.