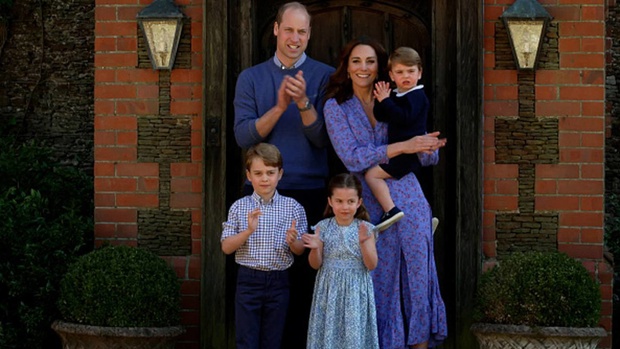 Maria Borrallo has been the trusted nanny of the Cambridge children since Prince George was just a few months old - and she's got some special rules she follows when dealing with the young royals.

According to author Louise Heren, who spent time at Norland College, where Borrallo trained, the nanny has been taught never to use the word "kids" in front of the children.

George, Charlotte and Louis are to be addressed either by name or as children, but never as "kids".

"The word kid is banned. It's a mark of respect for the children as individuals," Heren told the Mirror.

The author, who spent time at Norland College while researching for a documentary, also elaborated on further details of the lives of the Cambridge children, saying that, from what she knows, they live very normal lives.

"Given what we have seen of Catherine when she is out in public, she's very hands on," she said.

"I imagine her relationship with Maria is very close and they collaborate greatly on the care of the children.

"I've spoken to nannies who have worked with other royal families and life is pretty normal. You get up, have breakfast, you go to school and you wear your school uniform whether you like it or not," the author added.

"It would be quite like the average British school children."

According to a different source, the Cambridges have a few other rules they live by.

"Shouting is absolutely 'off-limits' for the children and any hint of shouting at each other is dealt with by removal," a source told The Sun.

There is no naughty step and children who yell are not sent to their rooms but rather to the sofa, for a chat.

"The naughty child is taken away from the scene of the row or disruption and talked to calmly by either Kate or William," the source explained.

"Things are explained and consequences outlined and they never shout at them."