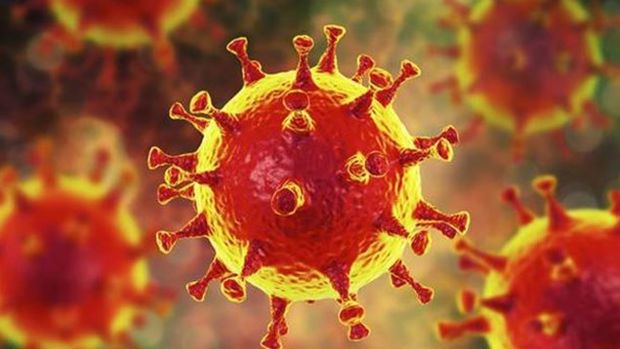 There are 44 new community cases of Covid-19 today - 41 are in Auckland and three are in Waikato.

Twenty of the cases are household contacts, 12 are known contacts, and 12 remain unlinked with investigations continuing to determine how they are linked to the current outbreak, Director of Public Health Dr Caroline McElnay said.

"We acknowledge today's numbers are higher than recent days. This is not unexpected because there have been a number of contacts of new cases and we can expect to get fluctuations from day to day."

The three new cases in Waikato are all linked and are contacts of existing cases. Interviews are continuing to determine any further contacts or locations of interest.

Twenty-five people are in hospital, with five in ICU or HDU. Those in hospital are at: North Shore (2), Middlemore (12), Auckland (10) and Waikato Base Hospital (1).

There have been two possible exposure events at Middlemore Hospital, both from the same patient, McElnay said.

On Monday October 4 the patient presented to the emergency department for a non-Covid related issue where they stayed until they were assessed and discharged. They answered no to all screening questions and were asymptomatic.

The patient returned to the emergency department on Thursday, October 7, and following discussion with medical staff was then isolated, tested and moved to a negative pressure room. They subsequently returned a positive result.

As of this morning, 42 patients and 18 visitors have been identified as contacts. No staff are required to stand down as they were wearing the appropriate PPE.

There have been a number of exposure events at Middlemore given there are a number of subclusters in the area.

McElnay also said they'd heard reports of people being turned away from Auckland Airport because they either didn't have a Covid-19 test result or their result was too old.

"People leaving Auckland for personal reasons are reminded they must have acceptable evidence of a permitted reason to cross the alert level boundary and have evidence of a negative test within the last 72 hours."

The two best tools New Zealand has in the continued fight against Covid-19 are testing and vaccinations – the numbers for both continue to be high, McElnay said.

There were 29,925 tests processed nationwide yesterday, including 10,439 tests in Auckland. The rolling average for tests in the last seven days is 20,797.

Fears remain that cases in Northland may grow after officials confirmed a person in the area had tested positive for Covid after initially returning a "weak positive" test result.

Whangārei Mayor Sheryl Mai told Three's AM Show this morning she believed the person involved is an essential worker who travelled to Auckland and back again. As a result, she expected to see a number of locations of interest identified.

A total of 29 new community cases were reported by the Ministry of Health yesterday, as well as two people with the virus at the border. Of those community cases, 24 people are from Auckland and five are from the Waikato.

Call for vulnerable communities to get vaccinated gets louder

One community-led vaccination drive has seen many in the Manurewa community choosing to get vaccinated in South Auckland today.

Samoa i Manurewa Tutū Fa'atasi (Samoans in Manurewa Stand Together) kicked off its two-day vaccination event today at the Northcrest car park, on Maich Rd, this morning.

Several Pacific church leaders have banded together to help put on the event in a bid to boost not only vaccination rates but trust among the Samoan and local communities.

Pastor Lui Ponifasio, of Life Church Manurewa, said: "We've answered the call to help increase the vaccination rate for Samoans in our area, because we know our community and want to play our part to ensure that Manurewa residents are protected as [much] as
possible from Covid-19."

Despite huge efforts among Māori and Pasifika communities to get vaccinated - in the form of mass vaccination stations and promotions on targeted community media outlets, Facebook and TikTok - many remained hesitant about getting the vaccine.

There were underlying issues of ongoing mistrust with the Crown and the Government, experts have acknowledged.

One Māori health researcher said not doing so could result in a more grim reality in New Zealand at some point.

Expert Dr Rawiri Taonui said Delta had spread at a higher rate among Māori after Auckland dropped down to alert level 3.

"It's spreading into the marginalised periphery of the Māori community - and that's happened during the second week of the move to level 3 in Auckland," he told TVNZ's Breakfast programme.

For Māori, the chances of being hospitalised after getting Covid-19 are "probably more than 100 times more likely than a fully vaccinated person".

"They're really, really serious numbers. With the case confirmed in Whāngārei last night and Delta already in four or five towns in the Waikato, there's a real risk of Delta moving into high demographic Māori areas with very low rates of vaccination.

"So Northland, the Lakes District, Bay of Plenty, bit further south into the King Country and Taranaki. If we start seeing more than 50 cases a day and then maybe 100, then we're looking at a very serious situation akin to 1918.

"Akin to 1918 - the Spanish flu - in my opinion. I don't want to be right, but I think that that's what the numbers are starting to tell us."

In October 1918, a more deadly wave of the new influenza strain arrived in New Zealand. In just two months - by the end of the year - about 9000 people had died from the virus that had also struck down millions of people around the world.

A New Zealand passenger and cargo ship, the Talune, would later take the Spanish flu from here to Samoa; when sick passengers were allowed onto shore without going into quarantine.

About 8500 people in the island nation - just over a fifth of the population - were wiped out as a result.

Asked if New Zealand was trying hard enough in the fight to beat Covid, Taonui said: "The situation is so potentially really serious that we need to keep trying as hard as possible.

"I've been talking to a lot of people over the last week and a half and they're saying 'We've got whānau sitting on the fence'.

"And I'm saying to them: 'Listen, push them off the fence and make sure they land on the right side'."