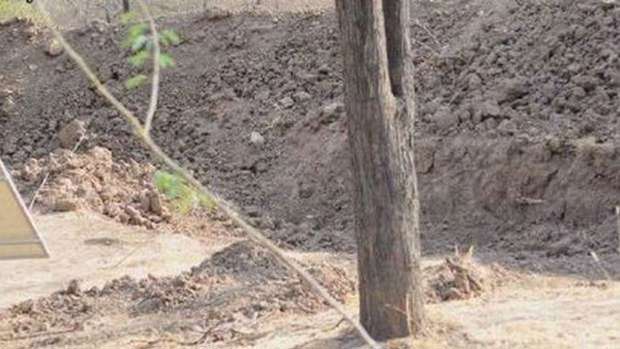 Are your eyes sharp enough to solve this "I Spy" which has left the internet scratching their heads?

Amongst all the rocks, dirt and trees, there's a leopard lurking somewhere in this photograph.

The image was posted to Twitter by Bella Lack after she was sent it by a friend.

Convinced it was a joke, Lack had a hard time spotting the camouflaged big cat. Can you see it?

Someone just sent this to me and asked me to find the leopard. I was convinced it was a joke... until I found the leopard. Can you spot it? pic.twitter.com/hm8ASroFAo

If you are struggling, we'll give you a hint ... it's at the bottom of the bank of dirt.

The predator's spots make it blend almost entirely into its rocky surrounds.