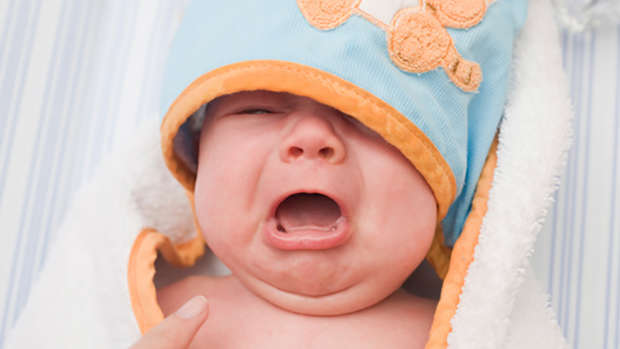 Anyone who has had a newborn is well aware of how draining and frustrating it can be dealing with an inconsolable baby. But spare a thought for the poor parents in Canada, Britain and Italy.

According to a study published in the Journal of Pediatrics, that's where babies cry more than others.

It turns out that Canadian babies cried an average of 30 minutes more than newborns from the other countries studied. The factor that made them the biggest crybabies of all was colic.

As for the countries with the lowest levels of crying, Germany, Japan and Denmark did very well, with Denmark having the fewest crybabies of anywhere else studied.

Babies cry, on average, around two hours a day in the first two weeks, peaking at two hours and 15 minutes around the six week mark. Crying then reduces to one hour and 10 minutes by week 12.

Some babies in the study cried for as little as 30 minutes in a day, while others had five hours of crying per day.