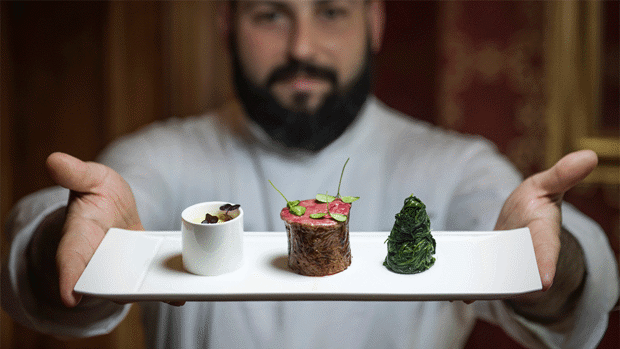 It's no secret that Kiwis are known for their skills and love of whipping up culinary delights in the kitchen.

And now two Auckland restaurants have been named among the top 20 fine dining establishments in the world, sitting alongside Michelin star offerings across the globe.

Both the Grove, and Sails Restaurant have nabbed coveted spots in the top 20, with The Grove ranking number 1 across the nation, and 15th in the world on TripAdvisor's 2021 Travellers' Choice "Best of the Best" Restaurants list.

The degustation style restaurant in St Patrick's Square has housed some of New Zealand's top culinary masters over the years, such as chefs Sid Sahrawat and Ben Bayly.

Sails Restaurant at Westhaven Marina, which has been around for over 30 years, ranked second in New Zealand and respectably landed in 20th on the global list.

The travel website's global list put The Old Stamp House Restaurant in Ambleside in the UK in first place, with the dining establishment already having earned one Michelin star.

Second on the list was La Maison d'a Cote in Montlivault, France, which has two Michelin stars, closely followed by Japanese restaurant Ise Sueyoshi in Tokyo.

TripAdvisor also compiled a list of everyday eats, which have a more affordable price point.

Gramado's in Blenheim took the crown within New Zealand on the everyday eats list, with its Brazilian themed menu sitting comfortably under the $40 price point.