It's the photograph that has gone around the world, as people mourn Prince Philip and reflect on his relationship with his wife of 73 years, Queen Elizabeth II.

Among the many tributes to the Queen and Prince Philip, the photo has been shared with many claiming it shows the Queen giggling as she walks past the Duke of Edinburgh because she did not know she'd see him in full Guards uniform.

The image shows Philip standing off to the side as his wife, Queen Elizabeth II, walks past him with a big grin.

Many people online claim she was giggling because the duke was pranking her by dressing up as a palace guard.

Prince Philip pranking The Queen by dressing as a Palace Guard. pic.twitter.com/ub8xtOnlkG

However, the truth is quite different to the story that has been spreading.

According to Snopes, a website dedicated to debunking online theories, the duke was not pranking the Queen and that was not why she was laughing.

What the photo actually shows is the Queen laughing after a swarm of bees interrupted a ceremonial review of the Grenadier Guards at Windsor Castle in 2003.

❌ No, Elizabeth and Philip aren't laughing because he pranked her by dressing as a palace guard.

They're actually giggling at a sudden bee swarm causing a ruckus during a ceremony. https://t.co/2gUboDR4hw pic.twitter.com/IGSK8P5aVG

Philip was dressed in his full uniform to escort the Queen, as it was his role as the colonel of the grenadier guards at the time.

It was as she walked past him that some commotion happened, as a swarm of bees was discovered. 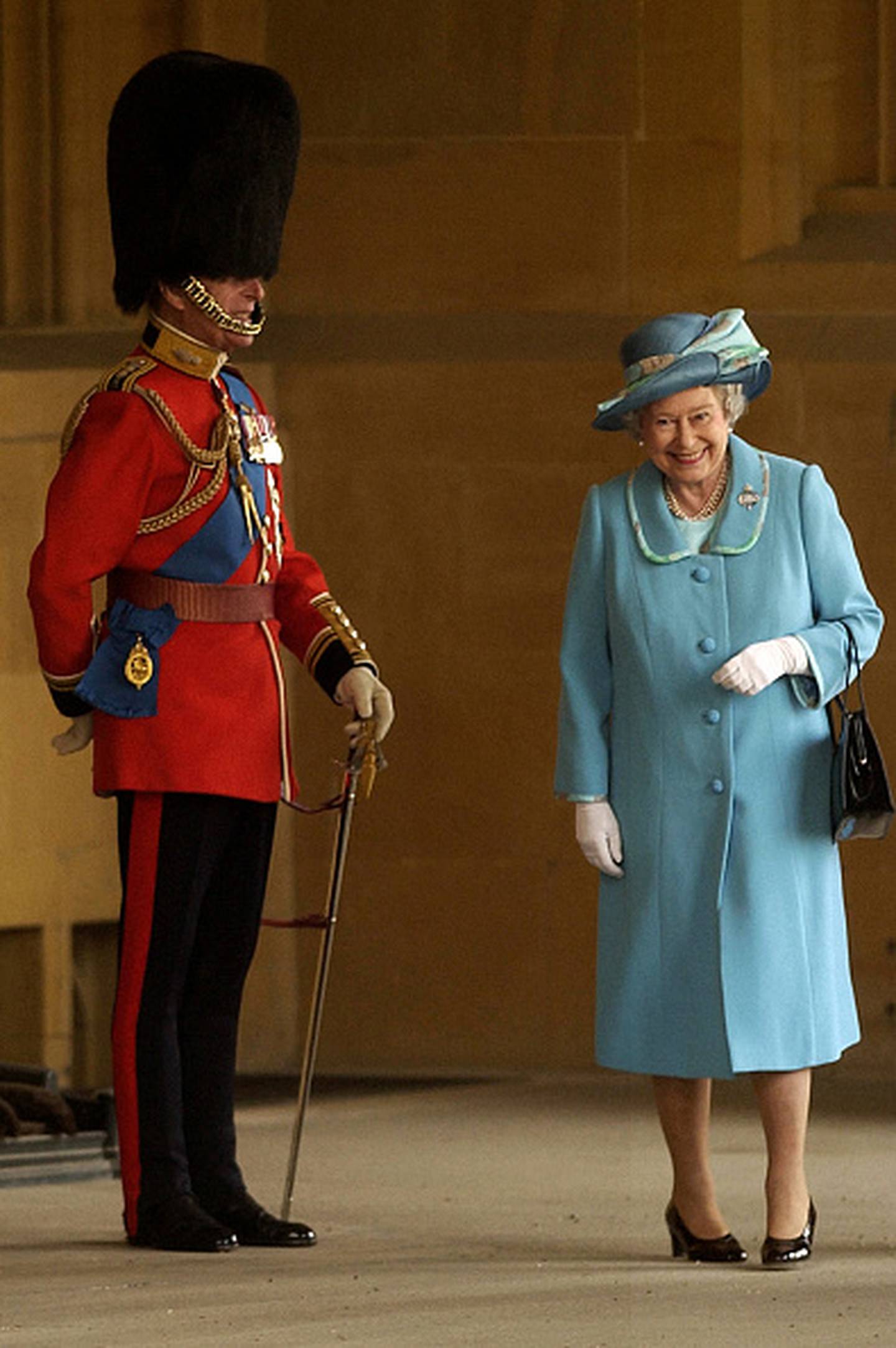 A beekeeper removed the swarm, which had gathered on one of the dignitary's chairs, prior to the ceremony. 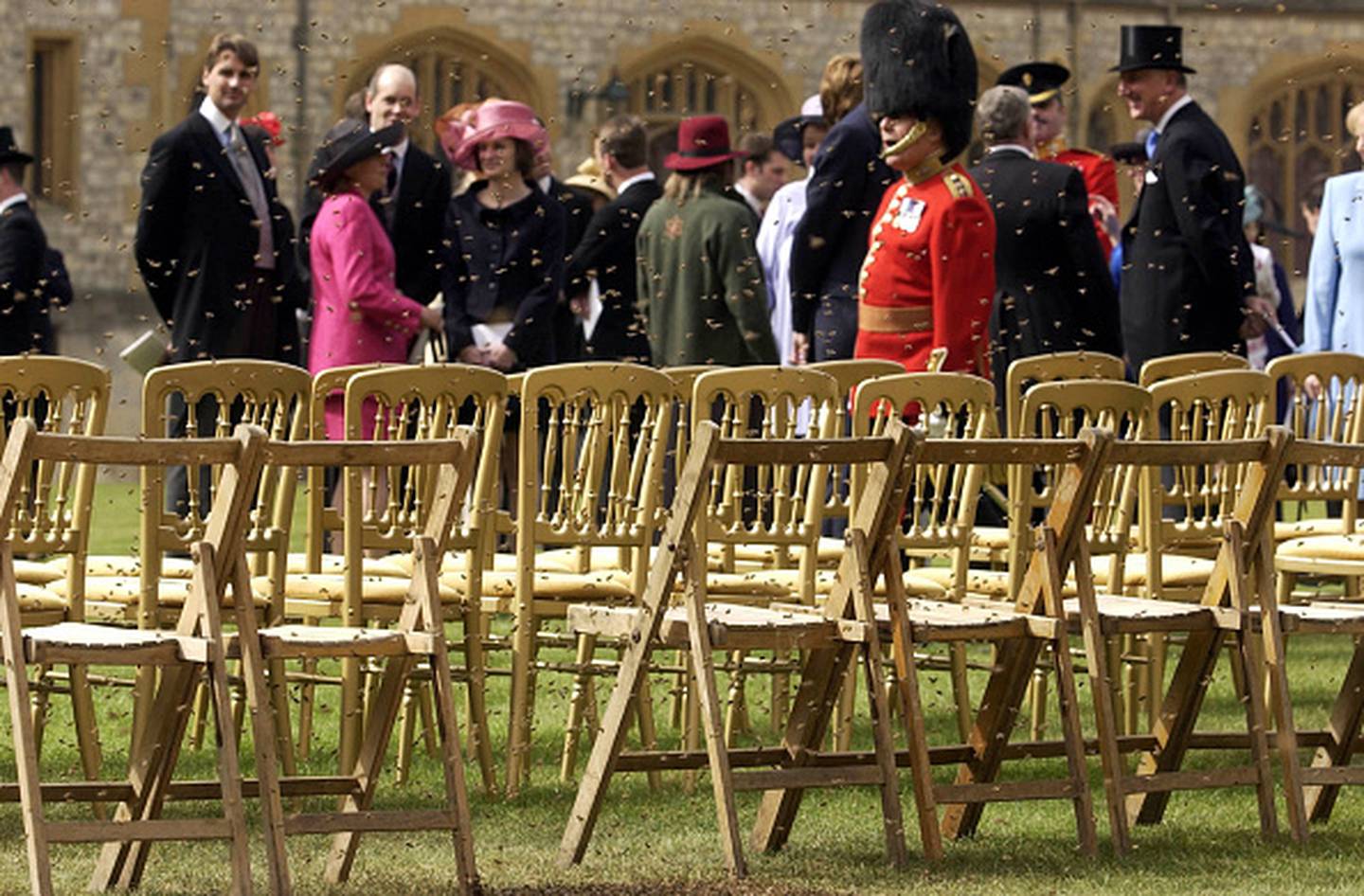 Chris Young, who took the photograph, told the BBC this week that he spotted the swarm of bees and was lucky to capture that candid moment between the couple.

"I got lucky," he told the BBC. "I recognised that it was a human moment. She was giggling like a little girl and he was laughing too."

"I thought the reaction from both of them was pretty unique. Some of the guests were unsure as to whether they should move, but eventually, everyone had to beat a retreat."

Prank or no prank, it was still a candid shot that showed the complicity they both shared.

The 18-year-old image has gone viral again this week, as the world mourns the death of Prince Philip, who passed away last week, aged 99.