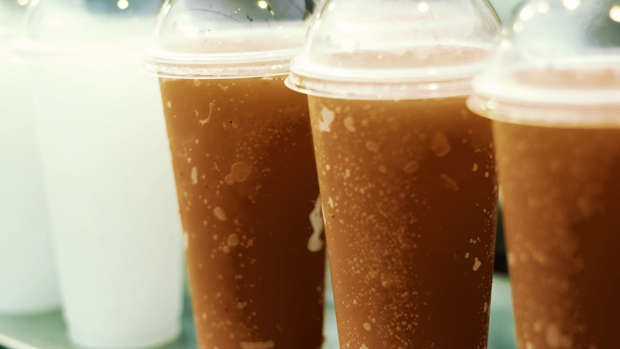 Especially when it's the middle of summer.

But new research will make you think twice before you next order a frozen soft drink.

If you haven't already guessed, it's been revealed the humble slushy is actually really bad for our health and contains A LOT of sugar!

A new advertising campaign by health agencies in Australia are warning people to think before they drink.

LiveLighter, an alliance of 18 health agencies in Australia, has launched the 'Don't Be Sucked In' campaign, warning that some large-size frozen drinks contain as much as 20.4 teaspoons of sugar!

Other research has also shown that the 'Sprite' version of a McDonald's Frozen Sprite, contains up to THIRTY TEASPOONS of sugar!

"These cheap frozen drinks might seem refreshing on a hot day, but we want people to realise they could easily be sucking down an entire week's worth of sugar in a single sitting," the Australian Cancer Council's Craig Sinclair said on Thursday.

So remember - think before you drink.