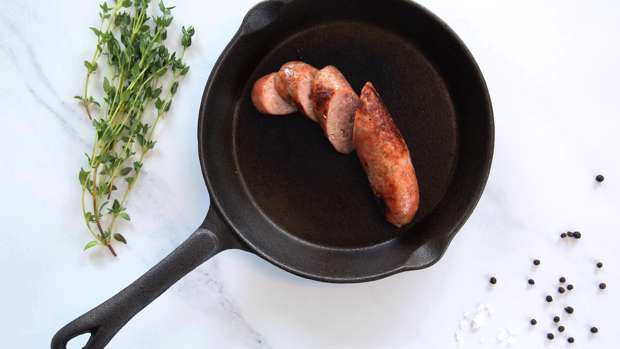 One of the best things about a Kiwi summer undoubtedly is firing up the barbecue and frying up some sausages.

It doesn't matter what kind of sausage you like - meat-free, or full Angus - New Zealand has a plethora of sausage goodness to offer in 2020.

And now you can add the best banger in the country to your summer menu, as an Auckland butcher has taken out the top spot in The Great New Zealand Sausage Competition.

Aunt and nephew team Lucia and Eddie Rodrigues, owners of Grey Lynn Butchers, are self-taught and have worked tirelessly to establish their shop in the central city.

Despite lockdowns disrupting their lives and businesses this year, Kiwi butchers still managed to put up their best snags for the judges this year, with over 600 entries from 99 producers in 17 categories. And organisers had to stick to strict Covid alert level restrictions. Last month a team of butchers, chefs and foodies judged the categories over five days, then awarding gold, silver and bronze medals.

Judge Kathy Paterson said the winning Isterband sausage was a unique entry that was incredibly well made, which made it stand out.

"The standard this year was very high and when you get a beautifully made sausage, with a lovely texture and the flavour of the meat coming through, you know you have a winner.

"This was a really delicious sausage where everything was in harmony."

The Great New Zealand Sausage competition has been going for nearly 25 years, aiming to seek out the best and most delicious sausages in the country.

New Zealand's top sausage has been announced just in time for summer and time to dust off the barbie for a homemade feast or head out to the beach and chuck some snags on the grill.

There's nothing like a banger hot off the barbecue with lashings of tomato sauce, and now Kiwis know where to get their hands on some award winners.