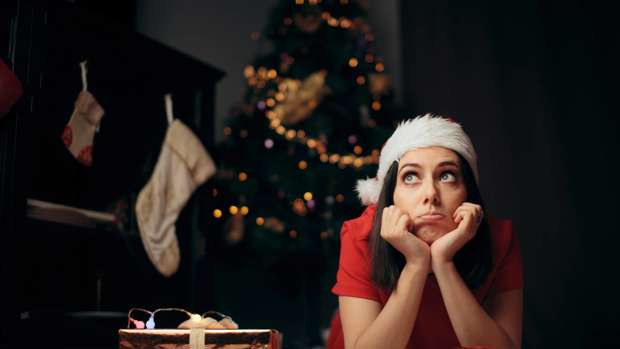 It's that time of year again - the date most likely to spell doom for relationships is fast approaching.

And unfortunately for the hopeless romantics among us, that day is yet to come. According to statistics, the most popular day to break up is December 11, reports news.com.au.

And the second most popular time of year to break-up is in March - right after Valentine's Day, the original data reveals.

The data, first collected by Information Is Beautiful in 2008, was compiled by statisticians who studied relationship status updates on social media and found that the most common break-up date falls two weeks before Christmas.

December is already filled with high-pressure events, from the end of year work Christmas party to boozy catch-ups with friends you haven't seen since lockdown - and of course the mandated family gatherings.

But couples are also faced with the dilemma of splitting their time between each other's families.

Then there's the pressure of buying each other presents that aren't just another pair of socks, organising holidays and traveling without driving each other crazy, and spending time with the kids during school holidays.

So some of us decide to hedge our bets and opt out of the relationship before the silly season hits.

Speaking to the Daily Mail last year, a dating expert revealed that the most important reason relationships end before Christmas is that people don't want to spend money on people they're not romantically interested in.

"And New Year is coming, which brings them the chance for a fresh start."

He believed December 11 was the key day for couples to call it quits because they don't want to waste money on people they can't see a future with.

"Firstly, if someone is planning on a break-up then they will want to get it over with before Christmas," he said.

"There's no point buying presents and spending time with someone you aren't interested in.

"Secondly, it's party season and your partner can be quickly forgotten if you go out without them.

"Cheating and inappropriate flirting are the biggest causes of break-ups.

"Finance can cause huge problems too, especially if one is spending lots and the other is trying to save."