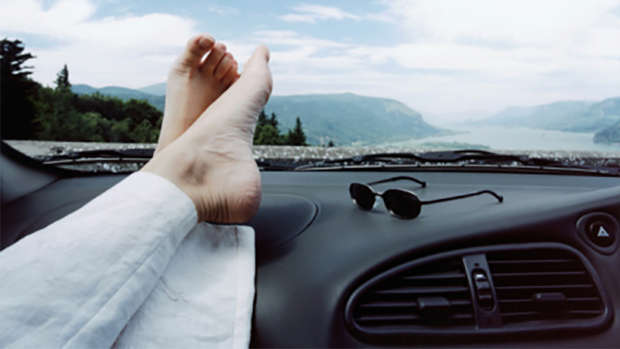 With most Kiwi's away on summer road trips, you may see many passengers putting their feet up on the dashboard of the car. But here's why we should be trying to break that habit.

There's no doubt airbags are glorious things. They have saved so many lives worldwide.

So if you ride with your feet on the dash, you run the risk of being seriously injured.

Not only could your legs be broken by the airbag, but the worst case scenario is death.

The National Highway Traffic Safety Administration in America has estimated that from 1990-2008, more than 290 passenger deaths were caused by frontal airbag inflation, with 80% of these deaths due to passengers sitting incorrectly.

Airbags are aimed at car occupants, quite literally. The one in the dashboard is supposed to hit your upper torso, not behind your knees. And deploying at over 300 km/h, its work is done in a fraction of a second. You have no time to reposition yourself.

So the next time you see someone put their feet on the dashboard, please encourage them to changed positions.